TLT's Mike Davis retires after 45 years at the U 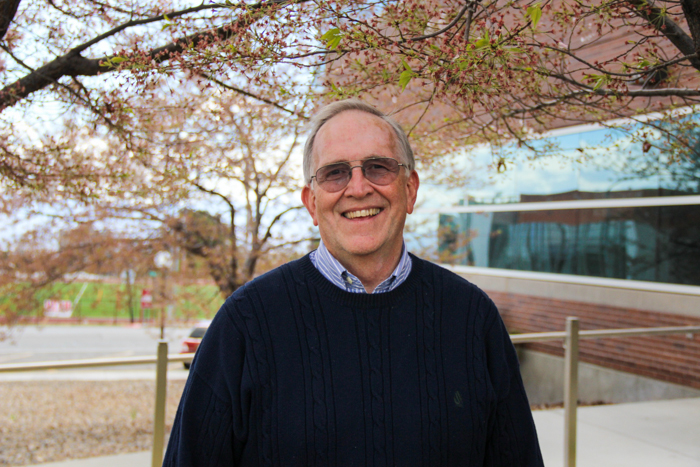 Few can fathom what it’s like to work for the same organization – let alone the same department – for 45 years. Even Mike Davis, retiring network administrator for Teaching and Learning Technologies (TLT), can hardly believe it himself.

“It’s really strange to work this long for one department,” he said.

Davis began his career with the University of Utah when he was a computer science student, accepting a camera operator position for what was then called Instructional Television (ITV) but would eventually grow to become a part of TLT.

“Mike and I have only worked together for a few years, but in Mike’s makeup I have found a man who is both tenacious as well as creative in solving problems,” said Jon Thomas, TLT director.

Davis started out recording lectures to be played back in the classroom, which led to production engineering – audio, video, rewiring cables, building sets, and so on. He gradually began to take on more responsibilities, like creating an entire circuit board lab, and converting all of the black and white courseware over to color.

When Instructional Media Services (IMS) and the Technology Assisted Curriculum Center (TACC) joined forces, Davis became part of a new department: Teaching and Learning Technologies. One of his first assignments with TLT was to build a new testing center to support UOnline classes, a feat that increased the number of testing computers in the Marriott Library from 20 to 120.

“It just kept progressing,” said Davis. “My job was constantly changing and being added upon.”

And so was technology. Over the course of his career, Davis watched it evolve in ways he never imagined.

He remembers the department getting its first desktop computer that came with a hard drive.

“At the time we just couldn’t believe it,” he said. “Could you imagine? Ten megabytes of storage!”

Eventually, as computers became more widespread across campus, Davis found himself working with the U’s computer center to redesign the entire campus network in an effort to get everything connected. 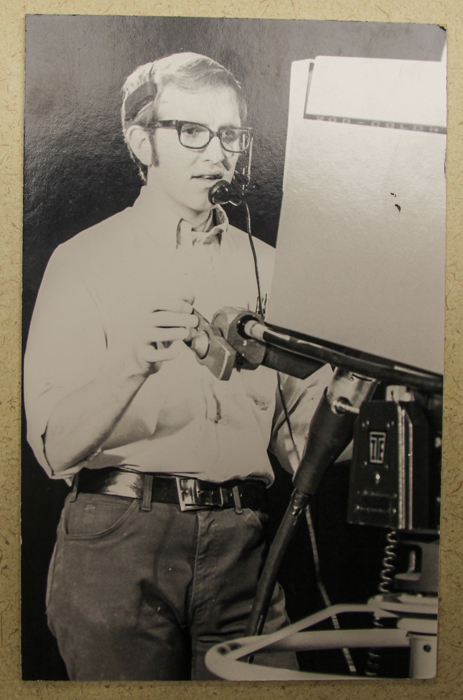 “It only lasted a couple of years,” he said. “It was a lot of work, but it bridged the gap, and it got computers connected around campus.”

And then a little network called ARPANET arrived – and would go on to become the technical foundation for the Internet.

“They partnered with us, and that’s how we got connected up,” said Davis. “It was really fun to work with the people over there.”

And so his job evolved again – this time shifting to computer support, servers, and networks.

“Computers became, basically, my job and my life,” he said.

Most recently, Davis has been working on the initiative to create smart, standardized classrooms at the U. He’s building the server that will keep track of room use, schedules, and equipment, one of the most integral pieces of the project.

As Davis comes to the end of his tremendous career, he confessed it’s bittersweet.

“I always said, ‘well, I’m going to retire one day.’ And it’s just the right time,” he said. “The sad part is leaving behind some people that I’ve been with for a very long time.”

Thomas echoed Davis’ sentiments. “I cannot say enough about Mike. He has given his career to helping the University of Utah become one of the best universities in the country, and the U will not be the same without him,” he said. “I will sincerely miss him, not only for his technical aptitudes, but also his friendship.”

Davis has plenty of things to keep him busy in this new chapter of life, however – astronomy, model-building, welding, and creating stained glass are just a few of his many diverse interests.

“I think the one thing I’m going to do as I retire is the same thing I do now,” he said. “How can I make this better? This doesn’t work, so what can I do to fix it?”

For Davis, this approach to his job was a huge motivator for him to remain in the same department for so many years.

“I could come to work every day, and every day there was something new to learn. It’s been amazing to be in the same place and have had the opportunities to grow and to change from one level to the next,” he said.

“I watched everything being changed. And as it changed, we changed to meet the needs of the campus,” he added. “And it’s been my joy – my joy – to do that.”

His eyes began to glisten as he reflected on the past 45 years of his career. “I’m leaving a tremendous, fun legacy behind me,” he said. “It’ll go on forever.”