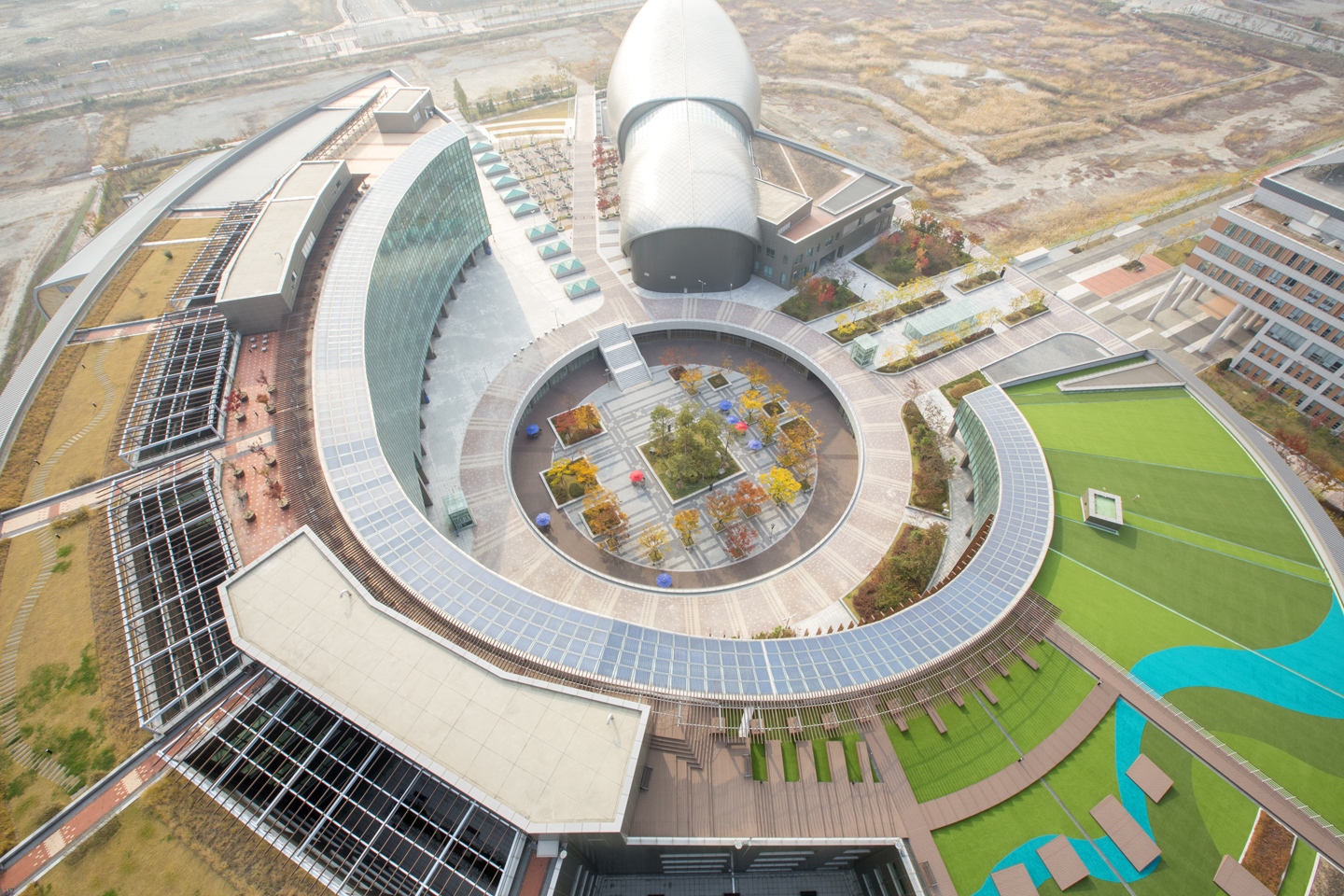 The University of Utah’s Asia Campus in Songdo, South Korea is now accepting applications. Getting it up and running was no easy task, and UIT played a big part. Image by University Marketing and Communications

In February, The University of Utah opened its doors to a brand-new campus — but you won’t find it in this state. It’s not even on this continent.

The University of Utah Asia Campus is located in Songdo, South Korea, the first new sustainable city in the world designed to be an international business district. Why Songdo? For starters, the project is being subsidized by the Korean government, which allows the University to recoup a large chunk of its costs.

It’s also being touted as “the city of the future,” purposefully built with technology and innovation at its very core. The Asia Campus will be part of Incheon Global Campus, a state-of-the-art facility with custom-built academic buildings; modern student residences; dining halls; a shared library; a sports complex with a pool, basketball courts, and a gym; faculty and guest housing; a theater; and a student activity center.

Opening a global campus is no small feat, and UIT played a critical role in ensuring the success of the project.

“Every program and application we have at the U had to be looked at to see whether or not the students over there needed it,” said Garth Devries, systems design engineer for University Support Services. “The students over there will use the exact same tools that the students use here.” The challenge is making sure the two campuses remain separate so that, for instance, Asia Campus students aren’t able to register for classes offered here in Utah, and vice versa — which required quite a bit of behind-the-scenes programming.

“We were coding while questions were still being answered. It was a challenge,” said Devries.

The project has been in the works for about a year, and UIT was involved from the get-go. 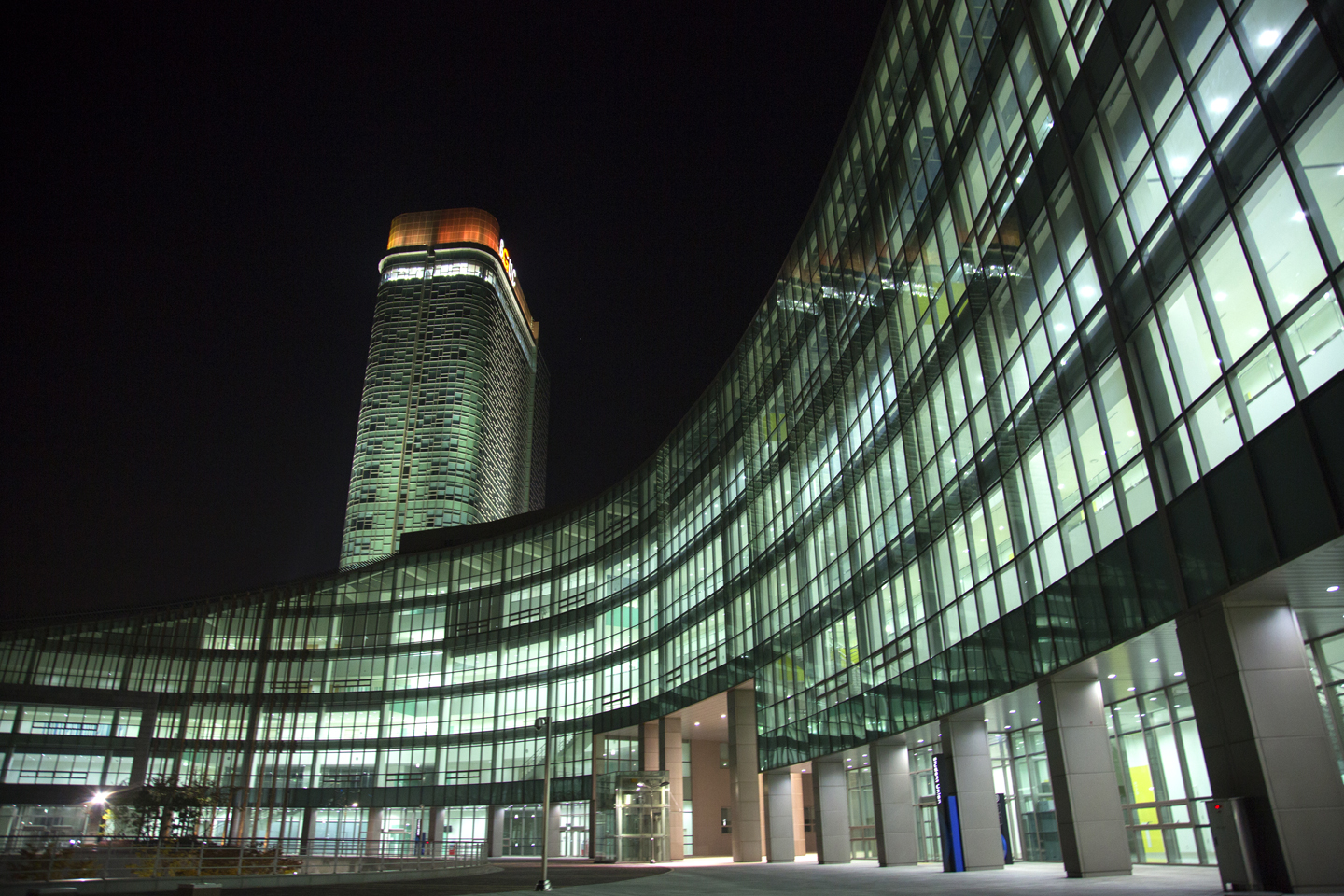 “We had to go through and try to analyze what processes needed to change and how we needed to change them. We also had to figure out how to identify Asia Campus students, and that code needs to follow the student all the way to graduation,” said Jill Brinton, an associate director in Solution Planning and Design. “And we’re not done yet, by the way. It’s a huge project.”

For instance, UIT changed 634 queries (SQRs) in the process.

“It wasn’t the traditional IT request that we usually get,” said Geoff Gough, product manager for University Support Services. “It was challenging, but at the same time kind of cool to see what a student would need. I’ve been a student here, and you don’t always realize all the systems and IT work that goes behind these types of things.”

Even though the campus is officially open and the admissions process underway, there is always more work to be done and improvements to be made. Devries and his team are currently working on a solution that allows a student to submit a new version of their application, rather than starting from scratch if they’ve made a mistake.

“When we have just a few students, we can deal with more of these issues that aren’t finished, but we’ve got to make sure everything works as we continue to get more students,” said Devries.

The project was a cross-functional effort, with ever-changing deadlines.

“This required a big team effort,” Devries said. “We had to use resources from other teams; otherwise, we wouldn’t have been able to get everything that we needed done. So it was really a huge team effort. Everybody was on board.”

The campus will initially offer three undergraduate degrees in communication, psychology, and social work, and one graduate degree in public health — with plans to expand degree options as soon as feasible.

“The students will spend the first three years at the Asia Campus and then the last year, they’ll come to the U,” said Brinton.

They’ll ultimately graduate from the University, but it’s still a question of whether the ceremony will happen in Songdo or in Utah.

“We really have to look at this like, wow, this is big for the University. We have a global presence now,” said Brinton. “People might be overlooking it because it just feels like a bunch of tasks we completed, but this is actually a huge thing. It’s a big deal.”

With a state-of-the-art campus in a progressive technological city, and financial backing from the Korean government, it seems like a win-win situation for the University.

“Our first student who officially applied is a Korean student who’s been going to high school in Oregon,” said Devries. “It’s perfect, because the student can go back to his or her home country and still receive an American college degree.”