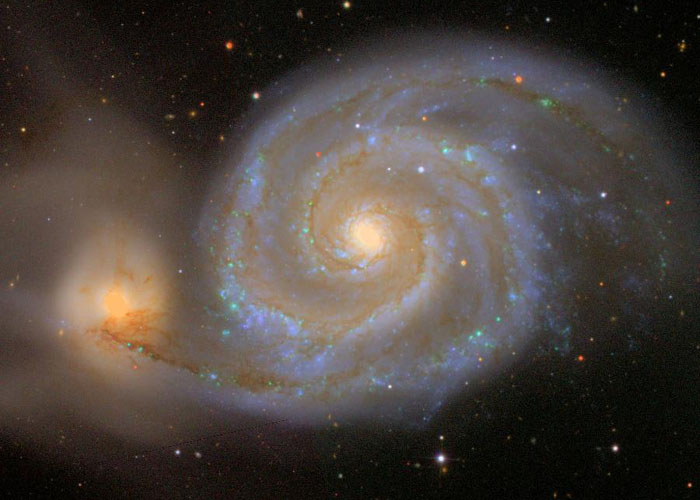 The Messier 51 galaxy, roughly 75,000 light years in diameter, is three one-millionths of the sky area imaged by the SDSS. Photo by Sloan Digital Sky Survey

The Sloan Digital Sky Survey, an international astronomical collaboration mapping the contents of the universe through high-powered telescopes and computers, has migrated data management to the University of Utah’s Center for High Performance Computing.

Since its inception, the Sloan Digital Sky Survey (SDSS) has “obtained deep, multi-color images covering more than a quarter of the sky and created 3-dimensional maps containing more than 930,000 galaxies and more than 120,000 quasars,” according to its website.

Adam Bolton, an assistant professor of physics and astronomy at the U, is the principal data scientist for the SDSS-IV, the latest incarnation of the project whose research is expected to run until 2020. The project utilizes the Sloan Foundation 2.5m Telescope at Apache Point Observatory, the world's premier wide-field spectroscopic facility.

CHPC hosts the project’s Trac wiki and SVN code repository servers, which previously were at NYU.