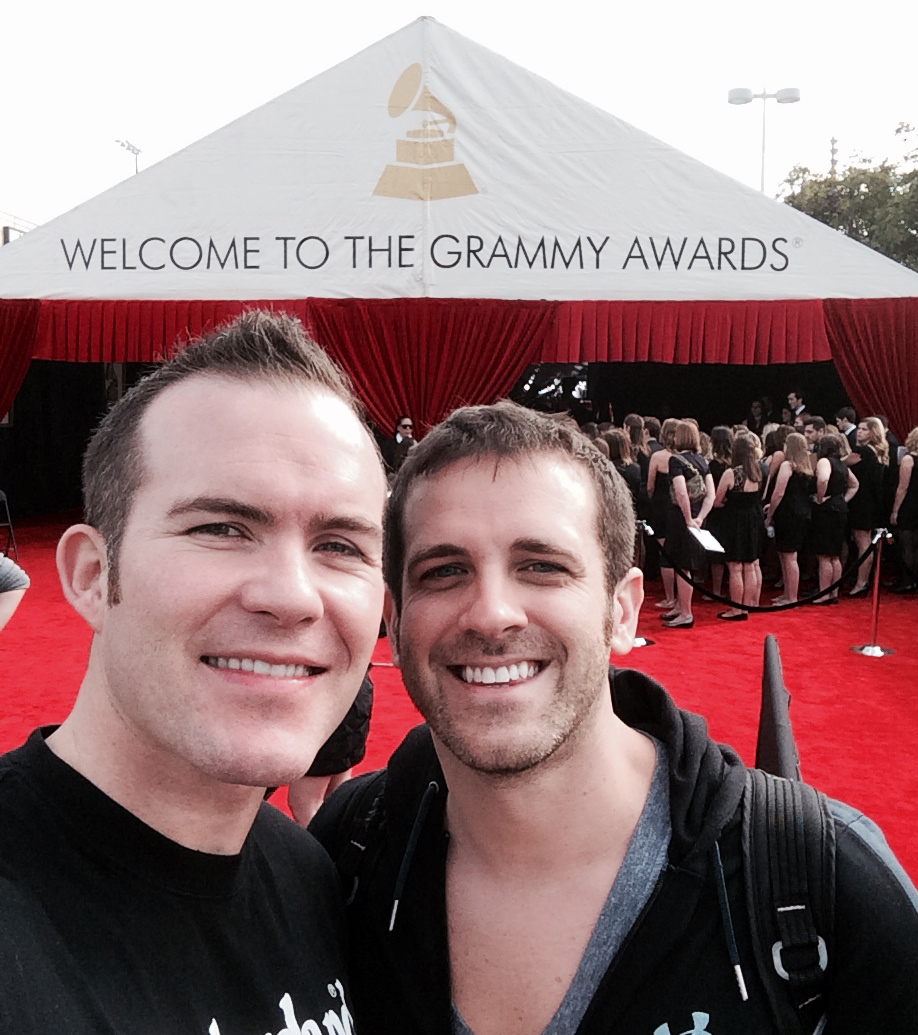 There are very few people who can say they were married by a “queen” with 20,000 in attendance and a television audience of 28.5 million, but UIT’s Spencer Stout is among them.

The past few months have been an exciting time for Stout and Dustin Reeser. What started out as a marriage proposal going viral on YouTube has led to interviews with various media outlets, an appearance on the Ellen DeGeneres show, and ultimately a wedding featured live on the Grammy Awards.

“I guess the hardest part was trying to keep it quiet,” said Stout, who works in the Solution Planning and Design group. He and Reeser were approached by the Grammys in October while they were looking for wedding venues in California. Initially, they were unsure about being married on television, but after signing a confidentiality agreement and learning the event was the Grammys, they decided to go for it.

“We thought, when is this opportunity ever going to happen in our lifetimes?” said Stout. “The stressful part was everything being condensed to six weeks of planning.”

They were able to keep it quiet, though, and finally got the call on Christmas Eve making it official. When they arrived a month later to the rehearsal, Stout said he was surprised and happy to find that the other couples to be married were also nice, everyday people.

“They were just normal, awesome people of all kinds, colors, shapes, and sizes; it didn’t matter.”

At the rehearsal, Stout remembers it being very emotional when Macklemore and Ryan Lewis’s song “Same Love” began.

“I had never really listened to the words of the song as closely as I did, and all of us were just in tears. It was just a really emotional, special time.”

The day of the wedding was even more powerful. “The energy of that place filled with 20,000 people standing up and cheering, we couldn’t contain it,” said Stout. “You could hear on the third verse when Macklemore started singing, people just started to cheer right away, and that’s when we started to walk out.” 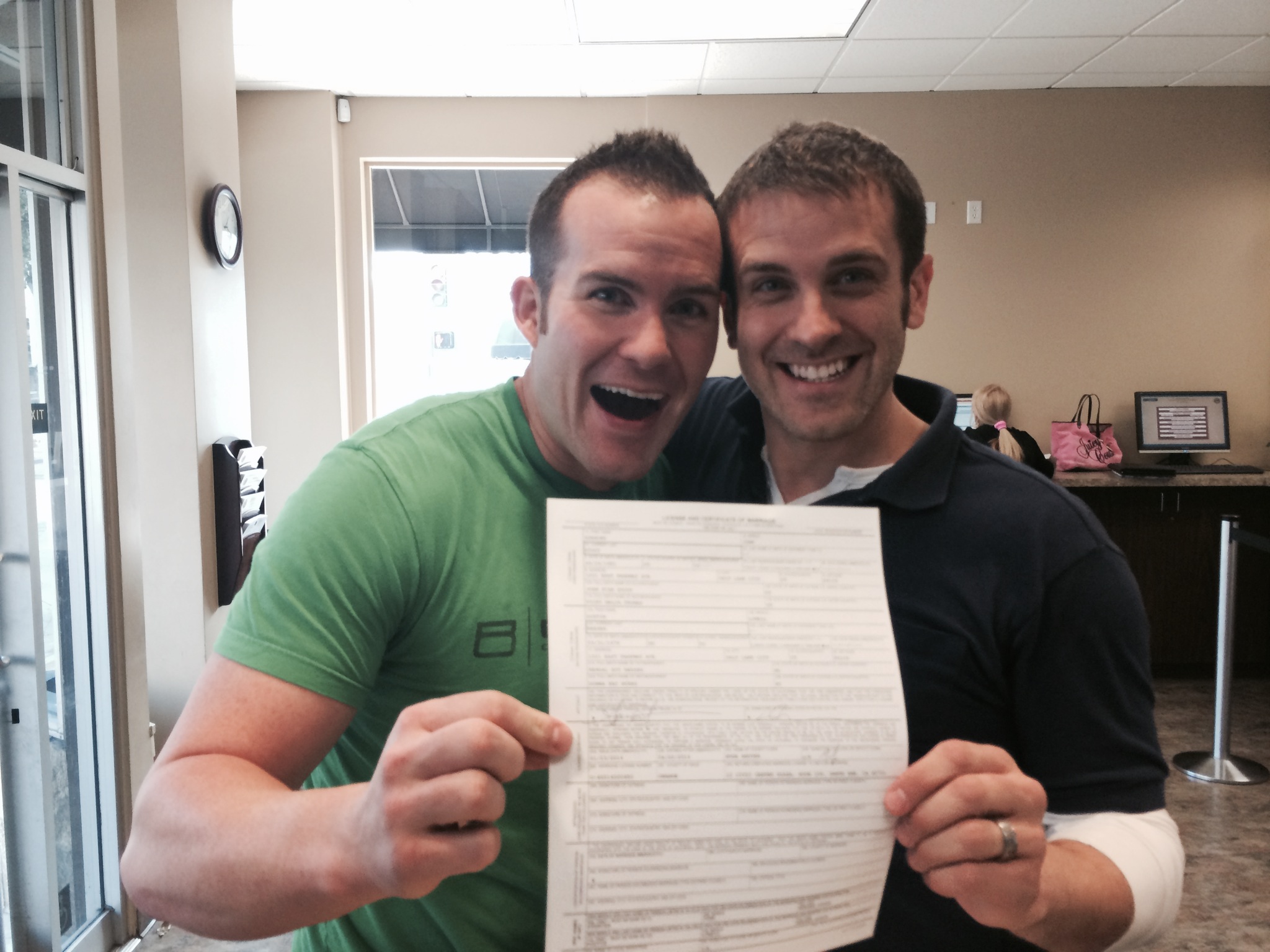 t evening. As the ceremony ended, Stout remembered being congratulated by both Beyonce and Katy Perry as he walked by. It was a night they’re not likely to forget.

“It’s been emotional and exhilarating and hard all at the same time,” Stout said.

Stout and Reeser are incredibly excited to go on their dream honeymoon to Australia in a few weeks, but first, the couple has decided to host something more intimate back home in Salt Lake City. Since friends and family were unable to attend the Grammys event, they’re planning a ring ceremony where they’ll take time to exchange vows in front of loved ones.

And the couple’s rise to fame is still paying off: Betty Who, the artist whose song inspired Stout’s flash-mob proposal, will be in attendance and plans to sing at the ceremony. “It’s been a great ride,” said Stout.