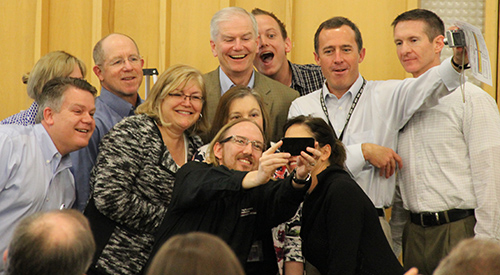 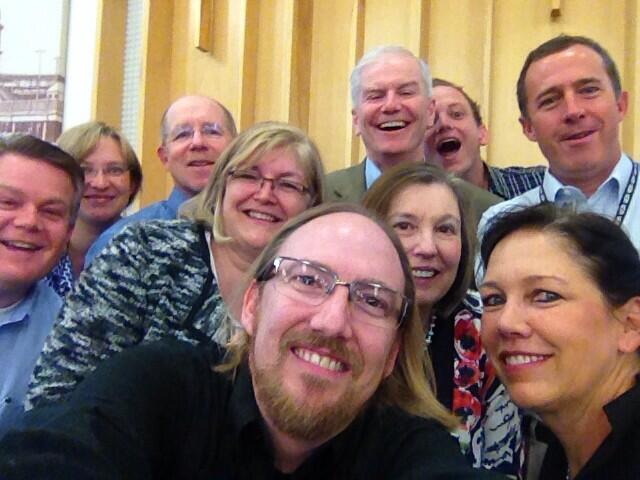 The morning started off with a poster session featuring some of the projects underway in UIT. Geoff Gough officially kicked off the more formal part of the meeting in a decidedly informal way, channeling Ellen DeGeneres’ viral social media photo from the Oscars — but with UIT’s directors instead. After recognizing UIT employees for their years of service, Gough turned the mike over to Dehlin, whose entertaining presentation about IT projects and software coding took a different approach than many in attendance were expecting.

This is a new approach for the All-Hands Meetings, which will incorporate more guest speakers and professional development opportunities going forward. Your feedback has also provided some ideas for the next one. Expect to see exciting things in the future!

What did you think?

Below are the results of two surveys taken as part of the All-Hands Meeting. 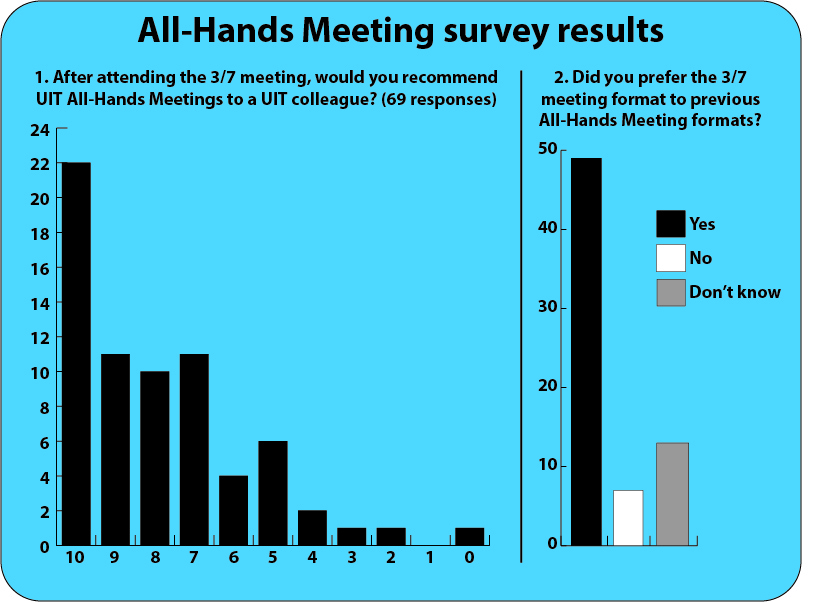 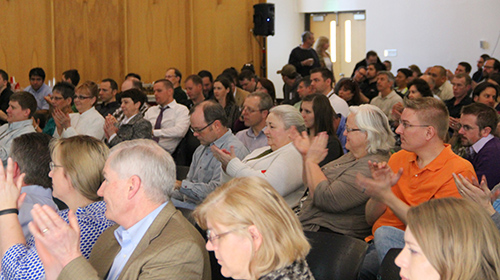 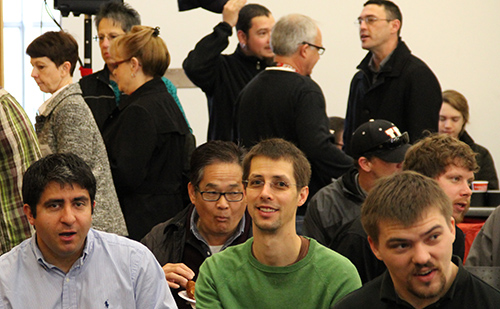 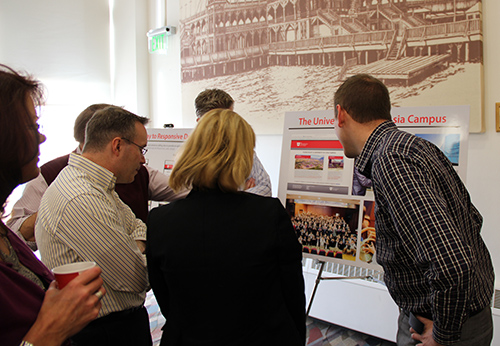 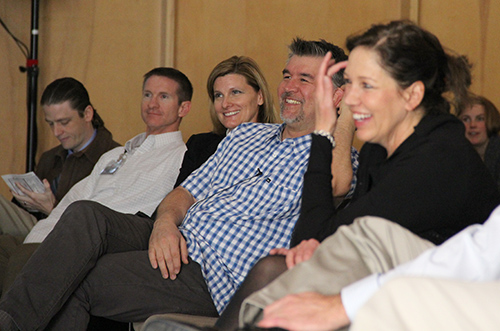 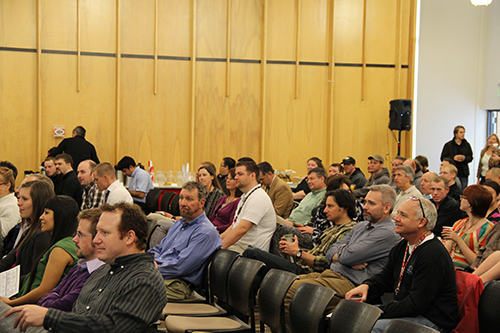 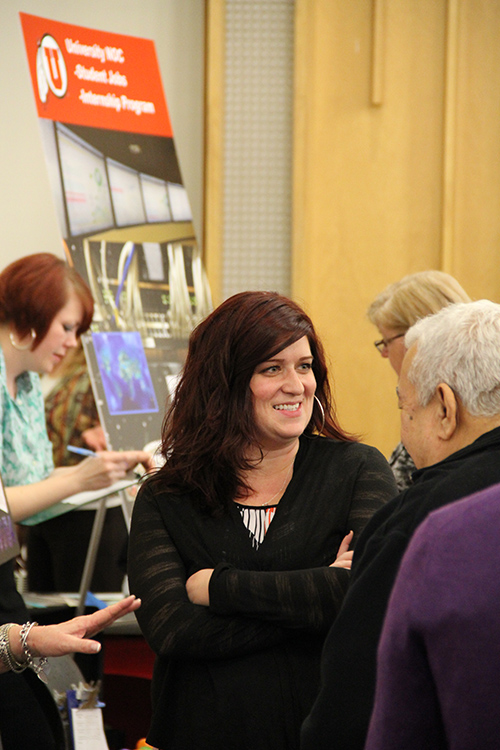 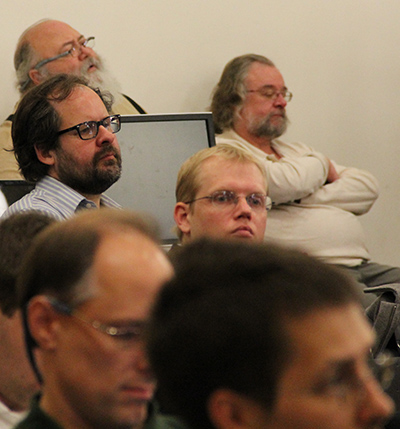