A woman, a plan, a typewriter, Arkansas

Watch SPACE, a video about Amanda Hurtado's project, from Matt Black on Vimeo. 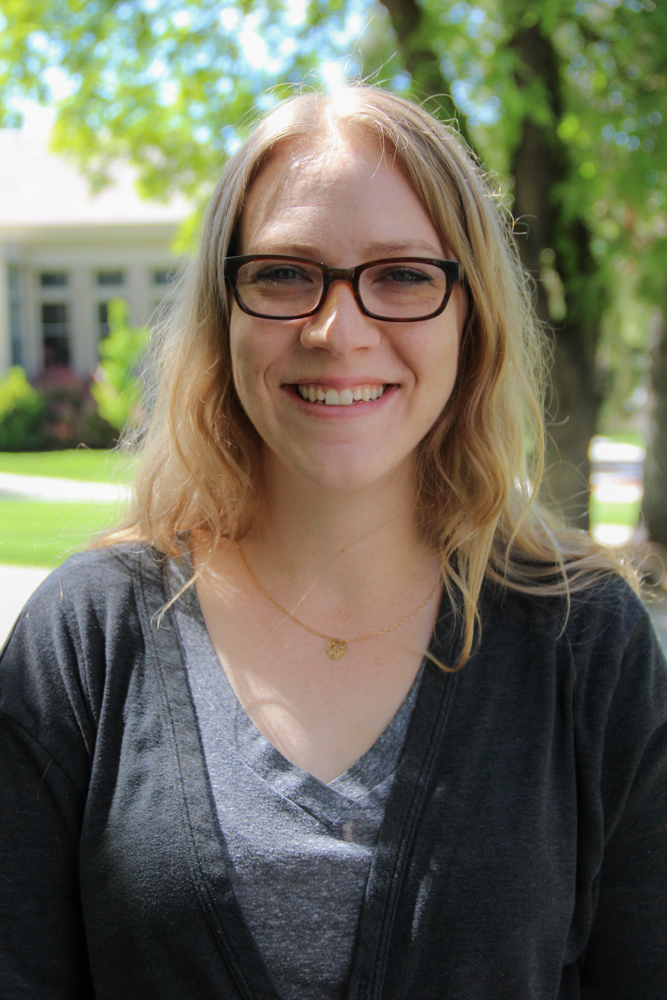 Most people tend to view the typewriter as a thing of the past, but for Amanda Hurtado, it’s something worth driving 2,600 miles for.

Why? Because she’s copying a book, sort of, and needed a font — one only available on a 1970s IBM Selectric Composer typewriter. Hurtado, a content specialist for University Support Services, has a passion for language poetry — a nontraditional type of poetry that emphasizes the idea that language dictates meaning, rather than the other way around.

She was introduced to language poetry in college, and didn’t know what to make of the poems at first. “They’re so discombobulating and it’s really disorienting,” she said. “But for some reason, it just resonated with me.”

That passion spurred an interesting idea.

“I always love it when I’m typing and all of the letters for one word end up being on one hand,” Hurtado said. “I thought, you know, it would be fun to just type an entire book one hand at a time, and just kind of see what happens.”

She decided to start with “Space” by Clark Coolidge, a popular American language poet whose work she loves.

“I didn’t even consider any other pieces,” she said. “And it’s kind of weird, because it’s worked out so perfectly. I could not have predicted how perfectly it would work out.” 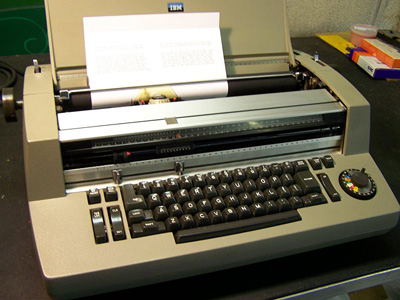 “It sort of pulls the letters apart according to the layout of the keyboard,” she said.

Hurtado leaves spacing throughout the page where letters from the other hand would be, making it difficult to read in the traditional sense but allowing the reader to better see the sound patterns in the words.

She started typing the project in a Word document, but quickly realized she couldn’t replicate the purposeful spacing of the book’s poems because the book used a unique font – Journal Roman – that was only available on font balls usable only with the IBM Selectric Composer, a typewriter from the early 1970s. 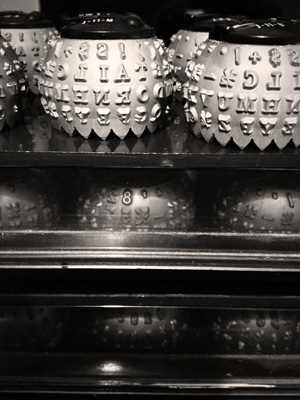 After much research, Hurtado found someone who collects and repairs typewriters, and happened to have the exact model she was looking for — so in January of this year, she made the harrowing drive from Utah to Arkansas to pick it up.

“I wasn’t going to risk it getting shipped,” she said.

When she finally sat down with the machine, she realized the spacing was still off.

“It’s not a mono-spaced machine,” she said. “It’s a proportionally spaced machine.” A regular space on the Composer is three units – but letters have varying units, which makes it impossible to simply replace a letter with a space, or vice versa.

“I had to actually write a score for the entire book,” Hurtado said. After typing the book on her laptop, she was able to find and replace each letter with its unit value.

Finally, she was able to start typing the project on the Composer with the correct spacing units. 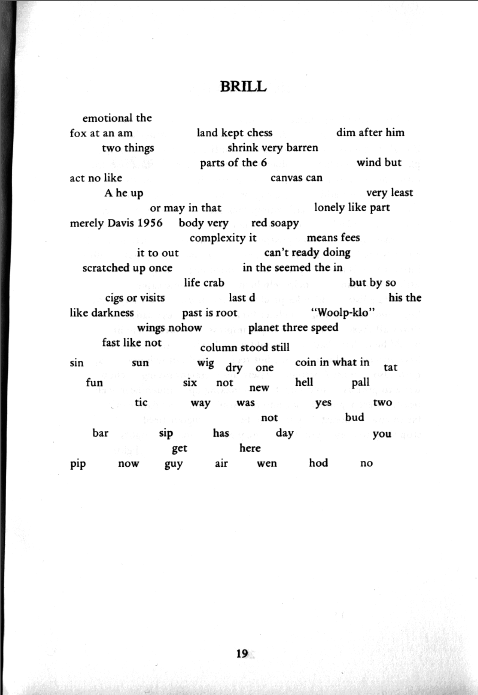 For Hurtado, it was easy to stay motivated. “Once I discovered how the pieces were starting to fit together, then I had to see it to the end,” she said.

While working on the project, Hurtado noticed a pattern emerge. The Composer has mechanical memory — a wheel in the back of the machine with pins, and for every character that’s typed, pins are set to keep track of how many spaces are used.

“The word ‘pin’ kept showing up over and over again once I removed half the letters,” she said. “It just keeps saying ‘P-I-N’ over and over again, but you wouldn’t see that unless you removed all the other letters. So it seems like [Clark Coolidge] was speaking to the technology he was using.”

She currently works on the project as often as she can, usually a few times a week, and has 90 completed pages with 30 left to finish.

Once the project is finished, it will be published in an archive of conceptual literature by Craig Dworkin, a professor in the U's English department and the person who first introduced Hurtado to language poetry.

“The typewriter is starting to not work very well, so I can only get a certain amount done and then it freezes,” Hurtado said. “I’m on a deadline. I’ve got to get it done.”