Students get U's Linux User Group off the ground 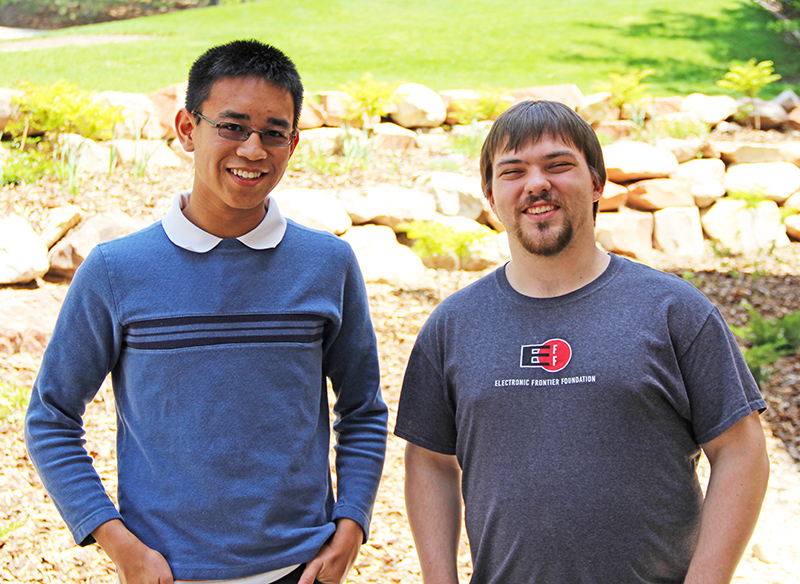 Are you a Linux superuser? How about a Linux hobbyist?

Have you ever heard of Linux? OK, can you spell the word Linux?

If you answered yes to any of these questions, the Linux User Group at the University of Utah wants you!

Mitch West and John Fresco, two student interns in UIT’s University Support Services group, recently started the group after realizing there was not already one that addressed their common interest in Linux.

“We just figured there was one, because most major universities have one,” said West, a junior who has been working with PeopleSoft in UIT for about a year and a half.

The student group is open to anyone at the university with an interest in learning about Linux, including faculty and staff.

“Our target audience is the College of Engineering students, staff and faculty because they’re the ones most likely to use it,” West said.

“But we’ll take people who don’t have any technical knowledge, from a complete beginner to a guru,” said Fresco, who also has worked for UIT for a year and a half on web applications, mainly using java and CSS. He is in his second year of school and will begin a computer science major next semester.

The Linux User Group meets every other Thursday from 5:30 to 7:30 p.m. in Warnock Engineering Building Room L126. The next meeting is June 12.

“Our plans are to create an environment for like-minded people who want to learn about Linux and maybe do some things to help out the University,” West said.

The pair are contemplating offering a Linux workshop that would complement some computer science courses already offered at the U to help students get up to speed on Linux.

“We want to provide an environment that anyone can be a part of,” West said. “A lot of technical communities can be very alienating, and we don’t want to do that.”

If you have questions or are interested in learning more about the group, visit http://ulug.club or email theulugemail@gmail.com.