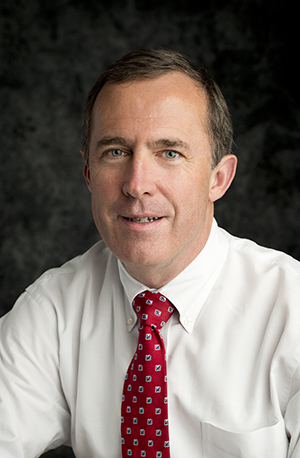 On May 15, 2014, the University of Maryland announced that University of Utah Chief Information Officer Eric Denna had been selected as its new Vice President for IT/CIO, effective July 1, 2014.

Starting June 16, University of Utah Deputy CIO Steve Corbató will serve as interim CIO while a national search is undertaken.

As deputy, Corbató has overseen the research computing, infrastructure, and unified communications elements of the diverse campus IT portfolio. He also serves as the interim director of the U's Center for High Performance Computing and an adjunct faculty member in the School of Computing. Previously, Corbató directed the Internet2 Abilene Network (now the Internet2 Network), which served as the principal backbone for U.S. higher education and advanced regional networks, such as the Utah Education Network. He also started the FiberCo non-profit holding company to assist higher education gain access to dark fiber for facilities-based optical networking and the Manhattan Landing international research and education exchange point in New York City.

Prior to Internet2, he served as manager of network engineering, principal Internet architect, and an adjunct faculty member in Computer Science & Engineering at the University of Washington in Seattle. At Utah, he has spurred the creation of a new research and education optical network (BONFIRE) connecting the U, Utah State University, Brigham Young University, UEN, and Internet2 in partnership with Utah Transit Authority, Utah Department of Transportation, and commercial telecoms. He currently serves as a member of the UEN advisory group and is board chair of the Kuali Rice middleware project.

His academic background is in experimental astrophysics, and he earned his bachelor's degree at Rice University in Houston and his doctorate at the University of Pennsylvania in Philadelphia. From 1988 through 1993, he was a post-doctoral researcher in the Department of Physics and Astronomy at the University of Utah.