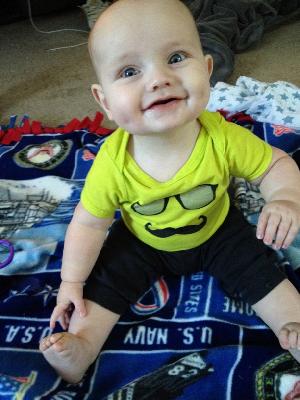 About a year ago, Marv Hawkins learned something in the metabolic screening for his newborn grandson, Ben, had come back positive. At just a few weeks old, Ben was diagnosed with cystic fibrosis.

Thanks to early detection and excellent care, Ben is a thriving 25-pound 1-year-old moving up in the world.

“He just started walking; he’s all over,” said Hawkins, an associate director in UIT’s Solution Planning & Design. “He goes to CF clinic once a month, and he spends about four to six hours with a specialized team that deals with CF patients. They do tests and check how he’s doing. His doctor says ‘There’s nothing wrong with this kid,' which is a good thing.

“Thirty years ago, live expectancy was just a few years before patients would die. Now there are people in their 70s who have CF.”

Cystic fibrosis is a genetic disorder that causes the body’s secretions to thicken, putting strain on the lungs and digestive system. Treatments include taking pills — Ben takes as many as 20 a day currently — and eventually, for some, lung transplants. 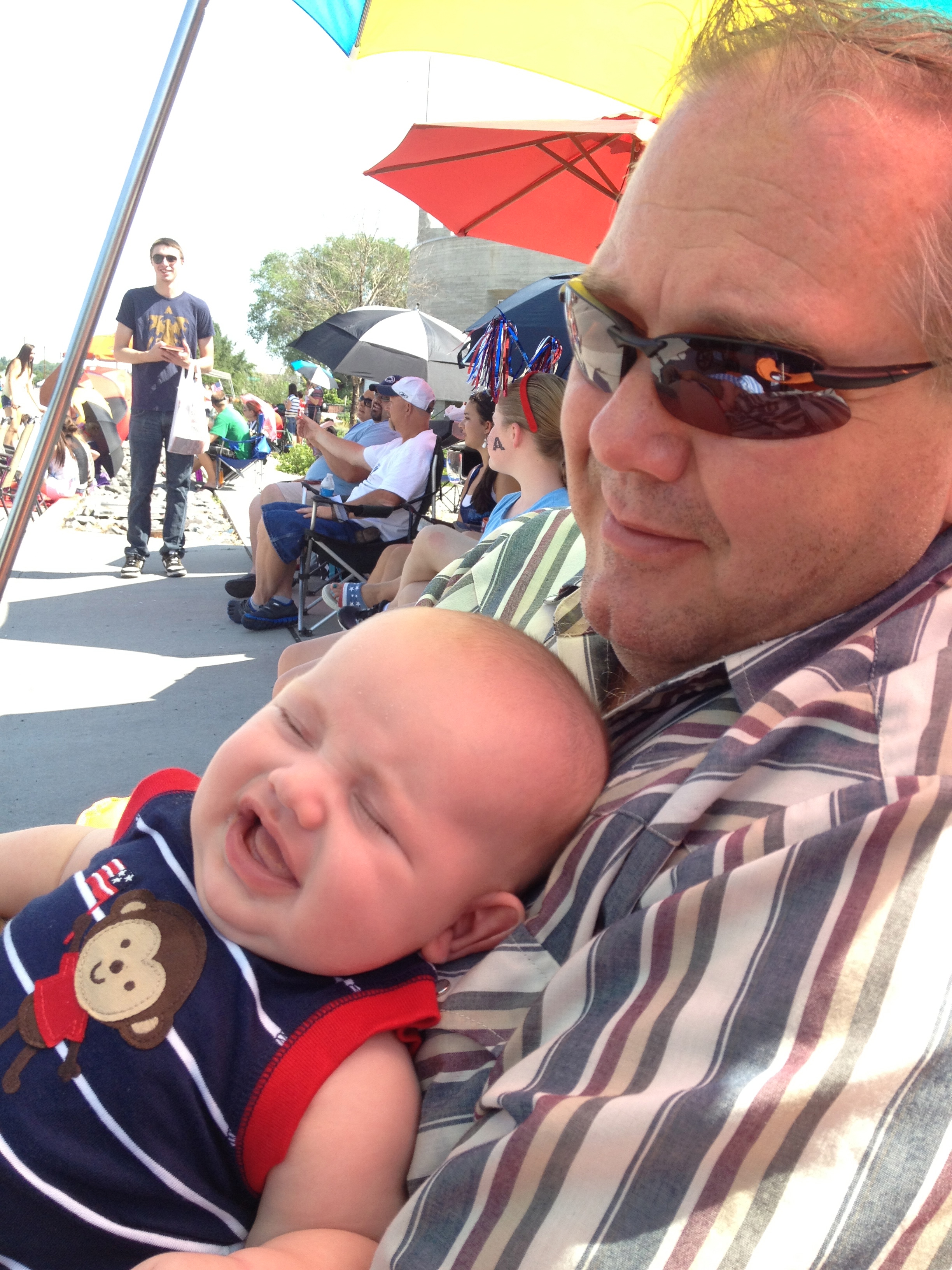 To help support cystic fibrosis research for Ben and the approximately 30,000 other Americans living with CF, Hawkins’ family and friends are taking part in the Great Strides Walk for Cystic Fibrosis, which will take place on May 17 in Salt Lake City.

Ben’s Brigade has already raised nearly $6,000 for the Cystic Fibrosis Foundation, a nonprofit, donor-supported organization funding research for a cure. The foundation holds walks across the country to raise awareness and resources so kids like Ben have a better chance for a long, healthy life. In fact, good news could be just around the corner.

“There are a couple of drugs in clinical trials right now that are specifically for his mutation and seem to be effective,” Hawkins said. “They haven’t tried it on anyone less than 6 years old. A lot of the drug therapies start at 5 and 6 years old, so he’s a few years away from being able to do that. But if that is effective, that would be a good, positive thing.”

If you would like to learn more about Ben’s story, or support his family for the Great Strides Walk, visit the Ben’s Brigade team page.