Nominate someone for $5,000 staff excellence award

Not many people can say they work for an organization that hands out $5,000 honoraria for those who do an exceptional job – but University of Utah employees can. 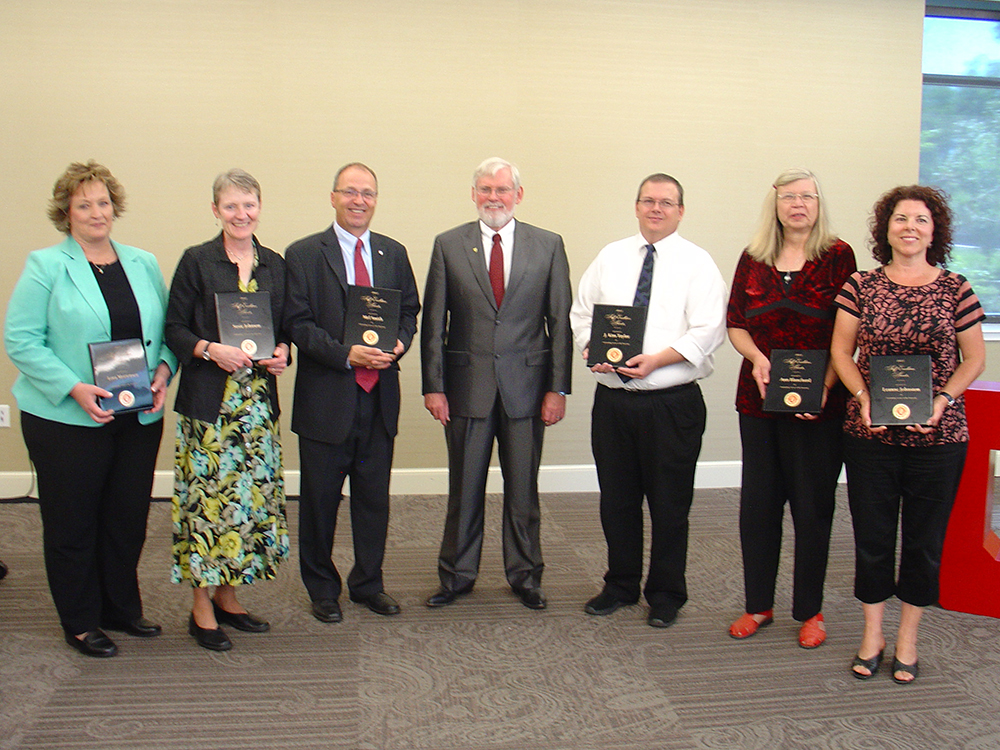 The University Staff Excellence Awards (USEA) program was established in 1992 as a way to recognize superior service by the U’s full-time staff employees. Back then, only 4 awards were given – but in 2006, the process changed to include a much larger group. The University is now divided into six districts, and 24 total awards are given at the district level based on nominations received from each district.

That select group will receive a $5,000 honorarium and a special plaque, and their names will be added to a plaque that is permanently displayed in the Human Resources building.

UIT is in the General Administration district and is allocated two winners out of the initial 24. Those two district-level winners will receive a $500 honorarium each, and will be recognized at an ice cream social held later this summer.

Employees aren’t restricted to nominating only colleagues in their own districts, either, said Terri Crow, Administrative Officer for Human Resources. “So if you know someone that you work with in another department that is absolutely awesome, you can nominate them,” she said.

Eligible employees for nomination are full-time staff members in good standing with at least three years of continuous service to the University of Utah. Faculty, director-level staff and above, and part-time hourly staff are not eligible for the award.

“It’s for the kind of grass roots staff who are doing the day-to-day work,” said Crow. 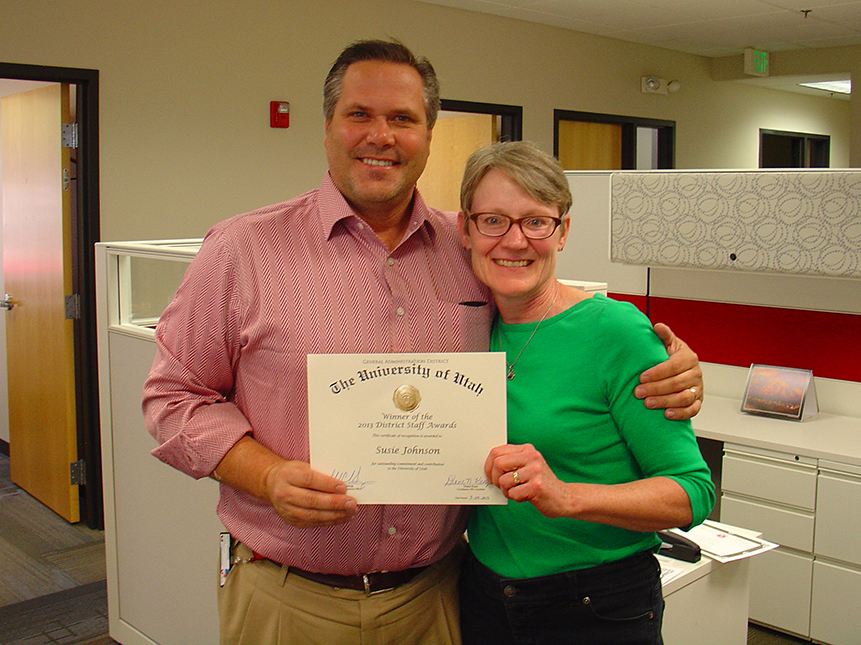 Jan Lovett, information services consultant for Solution Planning and Design, is the new District Chair for the General Administration district and is hoping to increase the number of nominations received this year. Last year, there were just three nominations in the district.

“What I really think people should know is that our district has over 1,100 employees, and there is no reason that we can’t have at least 30 nominations,” Lovett said. “Thinking about those who have been mentioned in the Node 4 Kudos would be a good place to start.”

“I just think the recognition and the $5,000 honorarium should be motivation enough for you to nominate someone you think is really awesome,” said Crow.

To find more information, or to nominate someone for this prestigious award, please visit https://www.hr.utah.edu/etc/usea/.