Mapping out the future of GIS technologies at the U

"GIS is an IT field. It's a very technical, engineering-based discipline, and it really belongs in a place like this with the resources to do any sort of integration with UIT systems," said Brett Archuleta, GIS systems administrator/developer.

The strategic decision to integrate University GIS (UGIS) into UIT is based on several factors. Quality Assurance (QA) Director Dan Thornley, who is serving a dual role as interim UGIS product manager, said that the demand for GIS services at the U has grown significantly since its inception.

In 2008, FM established a GIS team to collect and maintain utility-related spatial/geographic data about campus buildings. But as requests for university-wide GIS services grew, the burden on FM's financial and staffing resources became unsustainable, leading to an agreement between key university stakeholders in the fall of 2018 to shift back-end support for UGIS to UIT.

Thornley is the chair of a UGIS subcommittee of the university's Architecture and New Technology Committee (ANTC) that will review, prioritize, and strategically guide GIS decision-making at the U. Membership is currently being filled under the direction of ANTC.

GIS, in a nutshell, connects data and geography. It's an IT framework that gathers, analyzes, and displays different layers of spatial information visually, often represented as a map — from navigation in our vehicles to weather modeling to population dynamics on a global scale. GIS incorporates technologies related to GPS, satellite imagery, and remote sensing.

"I look at GIS as Business Intelligence on steroids, because instead of simply collecting data, information and reports, this puts graphics to it and makes it very visible and understandable," Thornley said.

Here's a look at some current and future GIS projects and initiatives at the U. 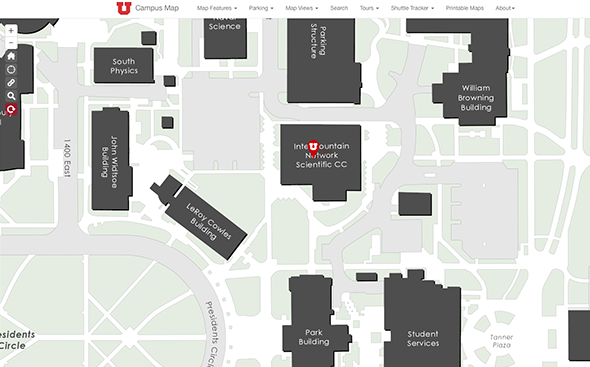 Solving a longtime need, the latest iteration of the online campus map was created in 2014 in a partnership between University Marketing and Communications (UMC) and the FM-GIS team. The campus map remains the U's most utilized GIS application. 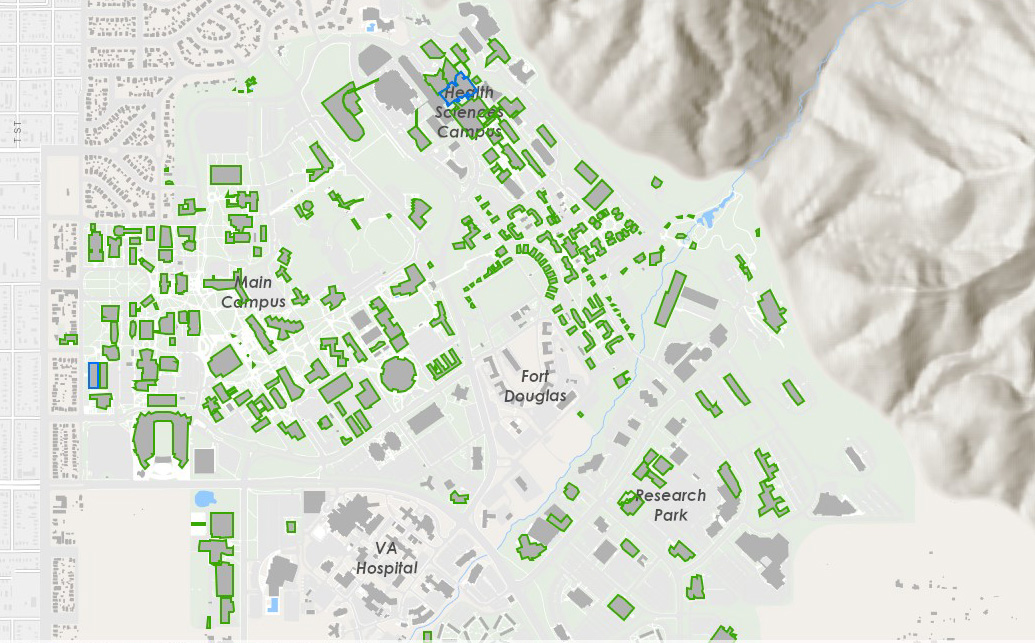 A collaboration between FM-GIS and UIT, this map features an overlay of network equipment on a campus map, allowing a quick health check of wireless connectivity. UGIS also maintains maps of distributed antenna systems (DAS) and network fiber lines. These applications are not public-facing. 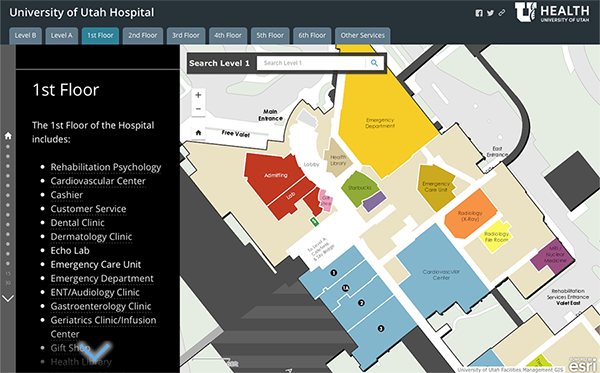 Working with the University Hospital, the FM-GIS team launched an interactive wayfinding application that allows users to pan and zoom into each building level, select features for more information, and view content for various clinics and departments. 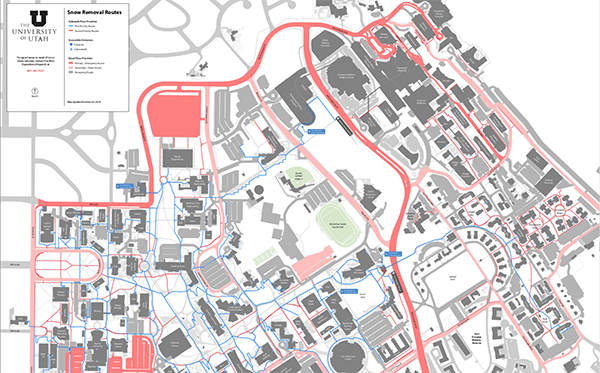 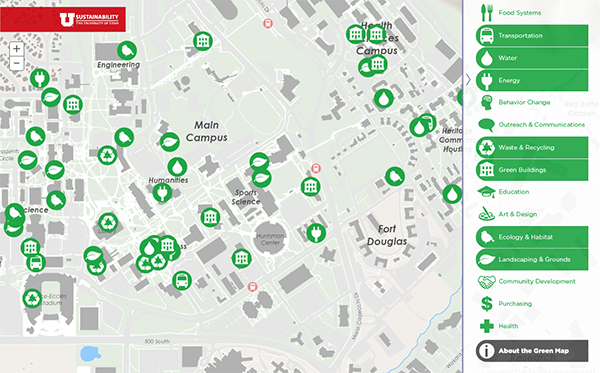 The green map was created through a partnership between the U's Sustainability Resource Center and FM-GIS team. It highlights sustainability projects, installations, and green infrastructure on campus. 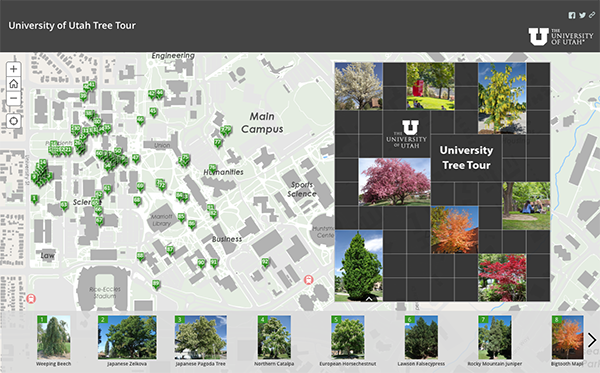 FM-GIS leveraged ArcGIS Online tools to build a series of applications that give grounds crews location and health information for every tree on campus. The app was designed to highlight a handful of the many species and varieties of trees found on campus.

Cutting-edge projects like these, Thornley said, make GIS such an exciting field to work in.

"GIS has been around for many years, but it also has a long future ahead of it, especially in a higher education environment," he said.

Added Archuleta, "there's always something changing on campus, always something going on that requires us to simulate it in a map application. It's a dream for any sort of developer to have so many different features to home in on."

The DIGIT Lab, established in 1987 within the U's Department of Geography, uses a suite of ESRI products like ArcGIS, ArcSDE, and ArcServer to support the U's research community. Learn more about ESRI and GIS training. The DIGIT Lab maintains and distributes campus licenses for Trible software as well.

Beyond the university, the DIGIT Lab provides geospatial database development and analytical services to federal, state and local agencies, and private sector entities on a contract basis. Here are some examples of these interdisciplinary research projects.

View a full list of DIGIT Lab services and areas of specialization.