U of U staff honor DDC manager Glen Cameron

In 45 years at the University of Utah, Glen Cameron has overseen some of the U's biggest facilities projects and most critical IT infrastructure — from Marriott Library, where he guided a massive expansion, to the Downtown Data Center, which he's managed for the past five years. In all that time, his colleagues say, Glen hasn't changed much: He's always been kind, level-headed, thorough, and genuine.

Ahead of his June 30 retirement, we asked Glen's colleagues to share their favorite memories of, stories about, and well wishes for Glen. Thank you again to everyone who submitted a tribute — all of them will be shared with Glen.

A lightly edited selection of submissions is below. 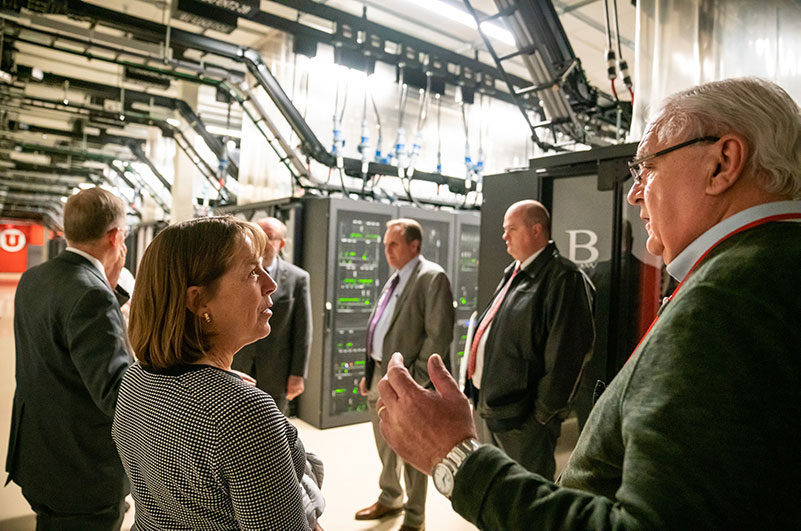 There are many who contribute to our university community; however, there are few people who reach the level of contribution Glen Cameron has reached.

Glen started at the university 45 years ago in Marriott Library. He rapidly grew in responsibility and respect within the library environment — to the point where Joe Taylor and Corey Pedersen reached out and asked him to apply to then "Administrative Computing Services" open data center and operations manager position. The rest, as they say, is history.

Glen's affable nature and commitment to the university gained him the trust of everyone he worked with in ACS. As CIO Steve Hess looked toward a more mature IT environment for campus and a consolidated data center was envisioned, Glen's reputation made him a natural for helping the Downtown Data Center (DDC) effort move forward.

The DDC has been recognized in national publications for its excellence in operations, technology, and approaches. Glen has been instrumental in making the DDC the highly respected and effective facility that it is.

It will be hard to go to the DDC in coming months and not see Glen. His presence and expertise will be greatly missed. On the other hand, Glen has told me of some amazing plans that he and his wife, Melanie, have as they move into this new phase of their life. We definitely wish Glen and Melanie the very best in their new adventures!

I've had the pleasure of knowing Glen ever since he moved over to ACS many years ago. In all that time, I've found him to be a fair-minded, level-headed, and, most importantly, kind person.

I'm better for having had his acquaintance.

I extend my best wishes to him now and in the future. 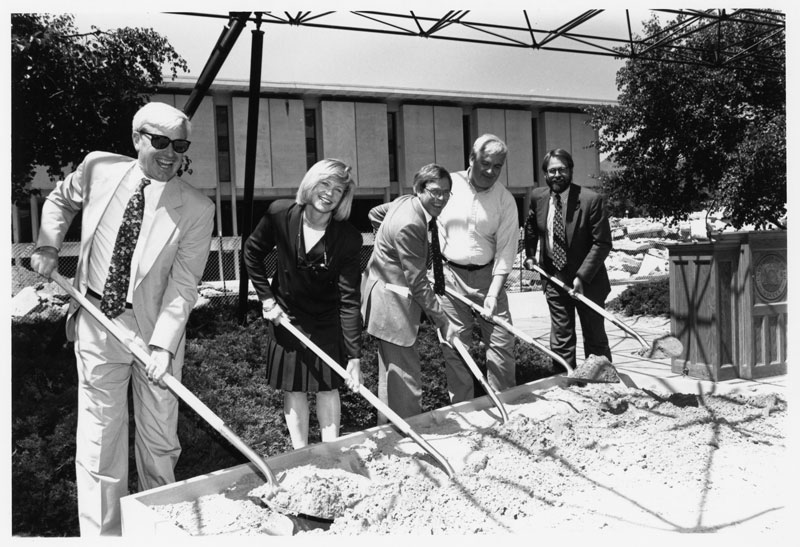 One of my specific memories of Glen comes from a library committee that was producing a video — probably from the library expansion project of the 1990s. At that time, making a video was a big deal, and we wanted a polished presentation. Glen did the narration in his deep, traditional radio announcer’s voice. I remember thinking that the sound was assured and reassuring, just the tone that helped him shepherd library colleagues and the university community through the travails of coping with the original building and the challenges of the expansion.

I have learned so much from Glen over the past 15 years that I have known him.

His ability to see people impartially and fairly has been great to witness.

Glen has more compassion and integrity than any human I have ever encountered.

Countless times he has shined light on people and situations that I couldn't see until he patiently showed me a different way.

He has helped shape my perspective on life positively and I am excited for every day to come.

Thank you, Glen, for all you have done for us, and I wish you love, peace and adventure in all your travels to come. 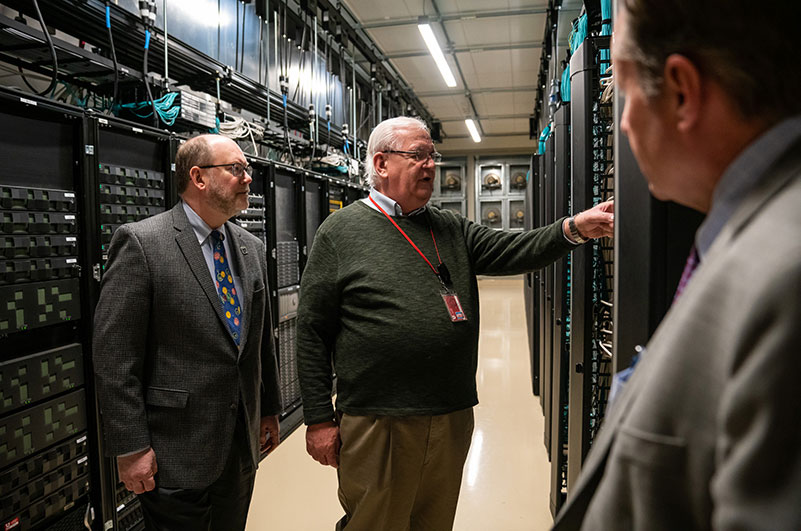 Ijust wanted to extend my congratulations to you on your retirement. It was always a pleasure to interact with you at the data center. May your days be full of happiness and joy.

Glen was the facilities manager for the J. Willard Marriott Library when I started working at there in 1982. Glen was always wonderful to work with. He was supportive, efficient, effective, very kind, and extremely patient. In addition, he had a good sense of humor, which often eased tense situations. He moved to another area of the University of Utah sometime around 1998 or 1999, and I immediately felt the loss of a genuine companion and coworker. While at Marriott Library, he exemplified the ideal employee whose calm manner and supportive actions made working with him not only pleasant but uplifting. He is a great person! 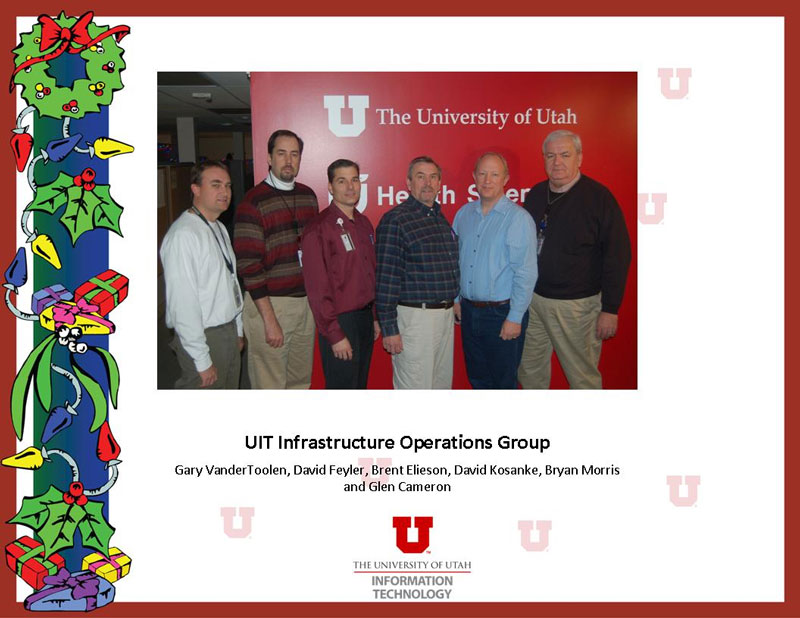 Glen has been a fantastic manager and a friend.

He was always ready and willing to serve you and help you achieve greatness and go above and beyond for his team.

He will be missed greatly, and I wish him success and continued happiness in the years to come. 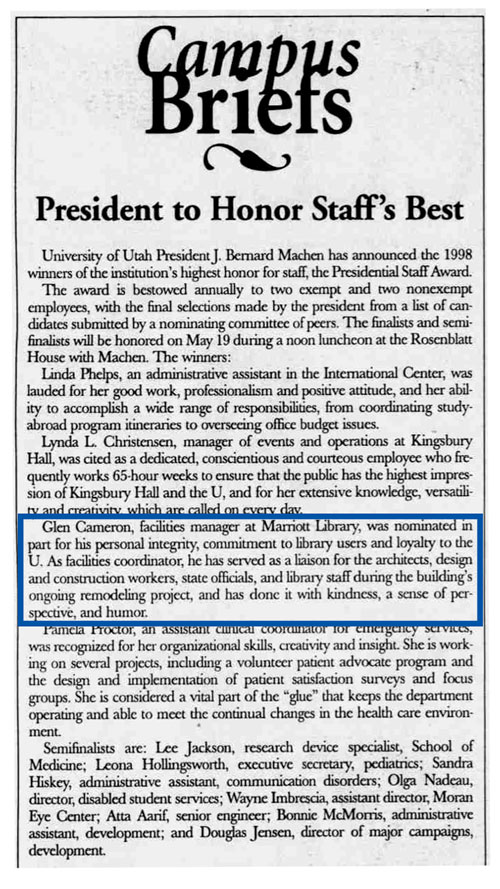 1998 Presidential Staff Award
"Glen Cameron, facilities manager at Marriott Library, was nominated in part for his personal integrity, committment to library users and loyalty to the U. As facilities coordinator, he has served as a liaison for the architects, design and construction workers, state officials, and library staff during the building's ongoing remodeling project, and has done it with kindess, a sense of perspective, and humor."

What can be said of our Glen Cameron?

He is one of the friendliest and most genuine people whom I have ever met. Always with a smile at the ready, he demonstrates that he is truly interested in you and your concerns.

When work or pressure rises and reaches a fever pitch, Glen has always been one to exercise calm and discipline. He will carefully get to the root of the problem and then lay out a clear plan to succeed.

Glen is a mentor to those who work under him. He is ever ready to teach and encourage. He will praise those who deserve it, and he will take aside and work with those who need help. But at the heart, he treats people as individuals with value.

I am grateful and lucky to know Glen Cameron and to have worked with him. I am a better person because of him, and I thank him for his being who he is.

All UIT employees are cordially invited to an online farewell celebration via Zoom on Friday, June 26, 2020 from 12:30 p.m. – 1:30 p.m. for Glen Cameron, who retires on June 30 after serving the University of Utah for 45 years, most recently as the manager of the Downtown Data Center.