Where are you from originally?

I’m originally from Southern California, where I learned that taking things apart enabled me to understand how they worked and how they go together.

At the time, the ONLY computer in schools was reserved for the office staff. I started with a small Sinclair ZX80 hooked to my family’s TV and a cassette recorder to store programs.

After school, while I worked as a modern/techno music DJ at a club in a Utah college town, I accepted a job at WordPerfect for the Unix support team. We supported many Unix systems before Linux even came out. I then moved to the testing areas in the Unix team and worked with the development teams in the NeXT computer division to create WordPerfect for NeXT. After the NeXT product shipped, I moved to the third-party lab, where I worked with a pirate bulletin board system (BBS). The BBS helped several software companies understand how software was pirated around the world via dial-up modems.

I also tested the first 486 and Pentium chip under my desk. It was the first time I worked with the U, hooking up WordPerfect to send and receive email via dial-up modems. This project got me hooked on the internet and security.

What led you to the University of Utah?

Novell. It’s a long story, but the short version is: Novell purchased WordPerfect to create a software suite that could compete with Microsoft Office. I was running “www” and email services on Sun Unix servers, and Novell needed someone to move it to UnixWare. When this was done, and with all the rumors that Novell was going to “depreciate” the Unix teams to focus on Netware, I decided to start looking around. After jumping to a little banking software startup that didn’t “start,” I moved to the U as one of the first campus IT security employees and NetCom’s Unix hardware technician. At first, the IT security part consisted of Cisco access lists on routers and lots of late-night calls from security-minded people around campus before the Information Security Office (ISO) existed.

Can you describe the path you took to IT leadership?

My wife Sandra (who the grandkids call “Grandma Honey” because she always called them “honey” when they were young) always said I was a “nerd with social skills,” and I take that to heart. As my skills grew at the U, I realized that I enjoyed working with people and helping others learn. I helped create a team that was focused on the future of NetCom and new technologies that the university needs, such as private branch exchange (PBX) for telephone networks and session initiation protocol (SIP) for voice, video and messaging platforms, and authenticated networks access (ANA) for port-based web logins, which we co-developed with Cisco Systems before anyone had web-based authentication. My team and I also helped move some software platforms from older Unix hardware to new, faster Linux hardware platforms.

How would you describe your leadership style and/or philosophy?

My management skills focus on a one-word change of a common phrase. “Success and failure” to me is “success and opportunity.”

I believe that we learn best by focusing on what we are doing correctly, and when we have an “opportunity,” we use that to focus on growth versus letting a “failure” get us down. “Fail fast” and move on to success. One thing that reminds me of this is SpaceX. When it lost one of its first rockets, SpaceX called it a “rapid unscheduled disassembly” versus explosion.

What do you enjoy most about your role at the U?

My TEAM, hands down. They are great. My team includes so many different types of people and talents that complement each other in remarkable ways. Some of them have been here 30-plus years, while others are students just starting their IT careers. I appreciate all the time and knowledge I have access to, and I enjoy helping students experience what it’s like to work on a team, and automate and develop tools for the U community.

What do you find most challenging about your job?

As everyone in tech knows: Keeping up with the tech world. And these days, keeping up with my team. I miss walking around the pods and talking to people face to face. To help overcome this, we meet every morning to talk about our day and work on team issues that need all our brains to solve.

What are some of your hobbies?

Grandkids. I have some future “nerds with social skills” to help my daughter train. They LOVE coming over to Grandpa Dave’s house and using the 3D printer in my office, flying drones, racing RC cars, camping, or building something from scratch or from the items in my office’s “closet of parts.”

I was part of an award-winning jazz band that played Hollywood for many professional musicians and have my name on several vinyl records.

Winter is my favorite time of year. I enjoy being cold and walking to get the mail in the snow with no shoes. I also did NOT burn down my house due to my written automation code. Did I mention that I like techno/trance/rave music?

Is there anything else you think our readers would like to know about you?

Work hard and do good things. Love someone each day and give each day your best. Be good, be YOU. 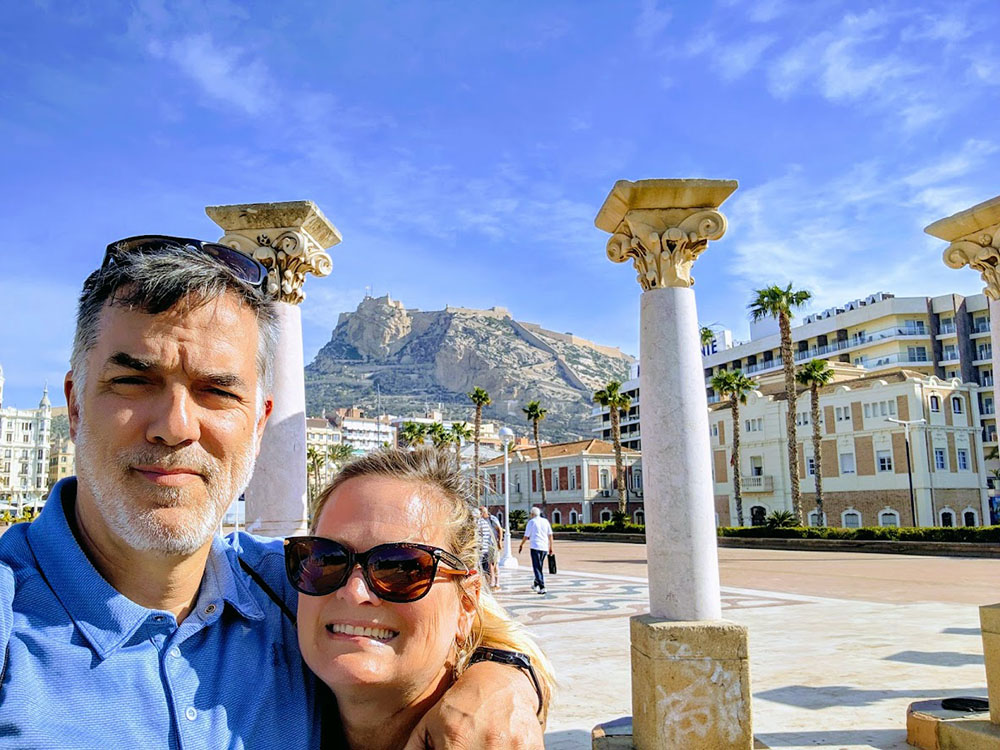 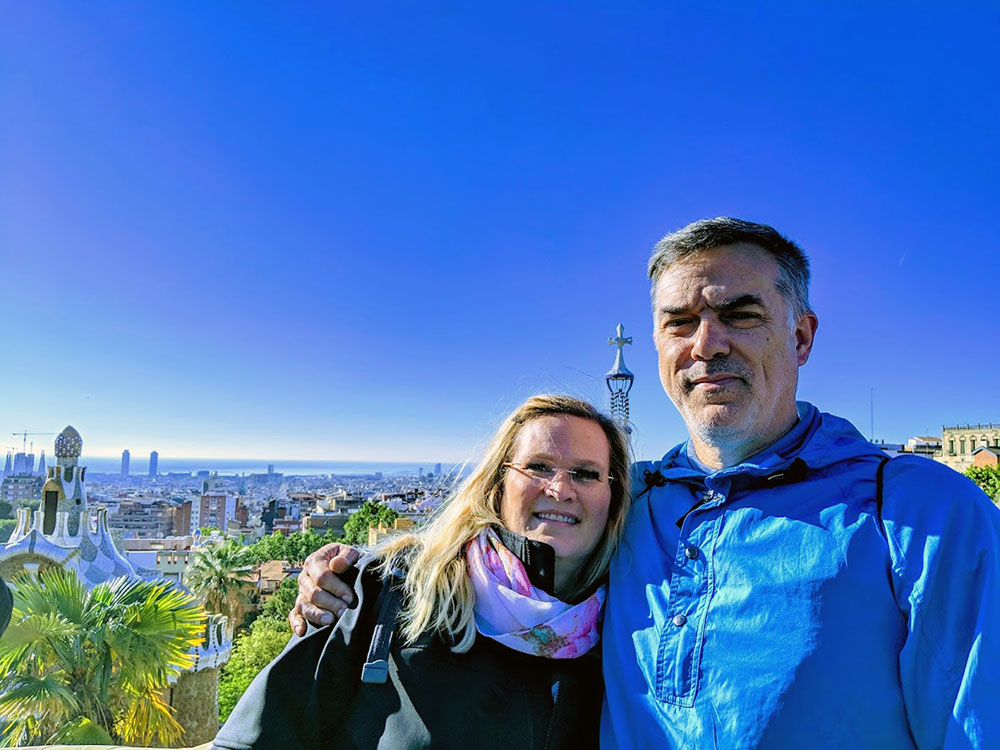 Sandra and Dave Packham in Barcelona, Spain at the Park Güell.