Inside the wood shed he converted into a home office, Brian Harris works by the diffused glow of a bicycle-shaped light fixture.

He intended it to be a temporary Christmas decoration. A nutritional supplement company in American Fork held a contest inviting customers to show them their “pain cave” — where avid cyclists use their trainers indoors. It was later dubbed “the award-winning playhouse.”

“I mounted it on the ceiling as a joke because it fit the whole bicycle motif, but I ended up really liking it there,” said Harris, principal data warehouse engineer on the Data Management & Analytics team in UIT's University Support Services.

The fixture — a painted wood frame and recycled aluminum rims lined with LED lights — is one of several technology-infused art pieces Harris has created.

Some resemble a geeky, grown-up version of Lite Brite, like a set of front and back turn signals for his bike that “probably confused people more than it helped,” and a University of Utah block U with LED lights that chase around the edges.

In what he called his “vain first attempt at art,” Harris reproduced some wall art he discovered online. He cut some scrap wood strips to resemble the silhouette of a mountain, backed them with LED lights, and added “a little bit of internet smarts to it.”

He controls the color of the lights with his phone, thanks to an Arduino microcontroller kit connected to an online service provided by DIY electronics maker Adafruit Industries. One day he’d like to program it to change throughout the day to mimic a sunrise and sunset.

“[Adafruit] is a super cool company. If you’re into stuff like Raspberry Pi, they provide really good documentation to teach you how to use it all,” Harris said. “… Making your own electronics is surprisingly approachable nowadays. You don’t need thousands of dollars and years of education to do it. There’s so much knowledge out there that’s easy to consume to help you get started. I mean, a soldering iron helps, too.”

An avid skier, Harris also has used LEDs to light the way at a torchlight parade, a pre-COVID New Year’s Eve tradition at Alta Ski Area. He dressed up in Snowbird ski resort colors with poles to match, and his son went as Alta.

His pride and joy is an Arduino-powered Powder Mountain ski resort logo with a diamond-shaped outer ring and mountain peaks on its interior. Harris wrote a Python script that scrapes the resort’s website every day and pulls its snow report. The outer ring is blue by default, but for every inch of snow the resort receives, two lights switch from blue to white. If the mountain gets more than a foot of new snow, the entire piece turns white.

In addition to his art, Harris recently started making his own pizza in a propane- and wood-burning pizza oven — “a very good life skill to have in a pandemic.”

“I just really enjoy learning how to do things myself, and my kids are certainly not complaining about all the pizza,” he said. 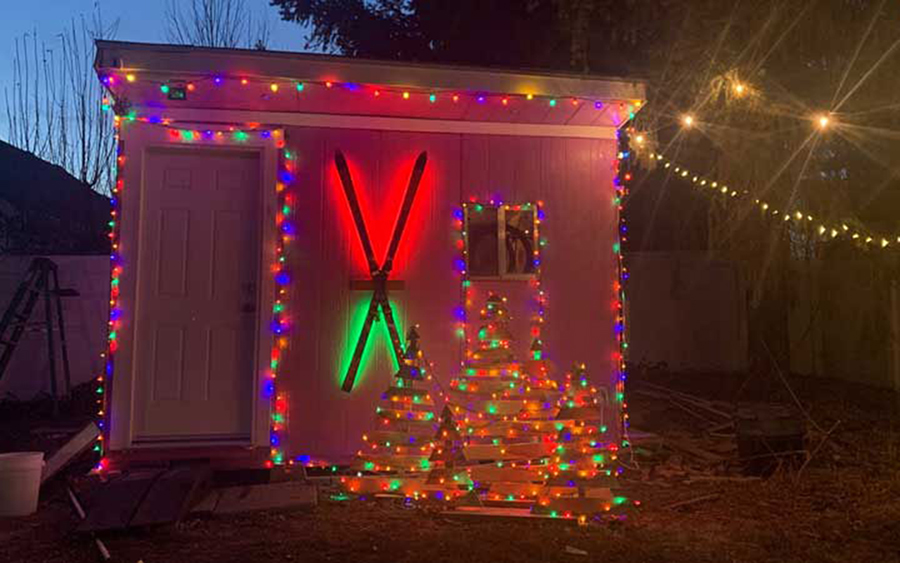 The outside of Harris’s shed, which he converted into a home office. 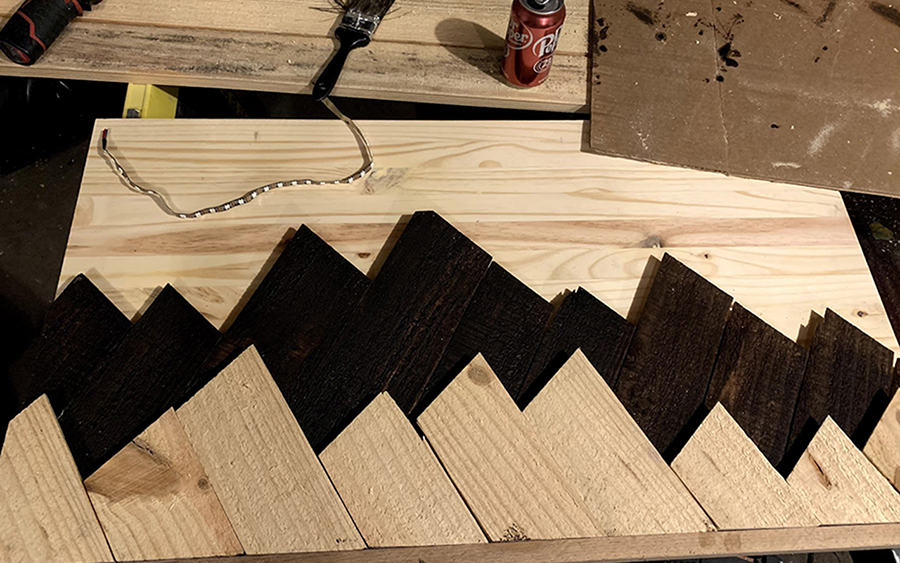 Harris reproduced some wood wall art that he admired by cutting some scrap wood strips to resemble the silhouette of a mountain, then backing them with LED lights. 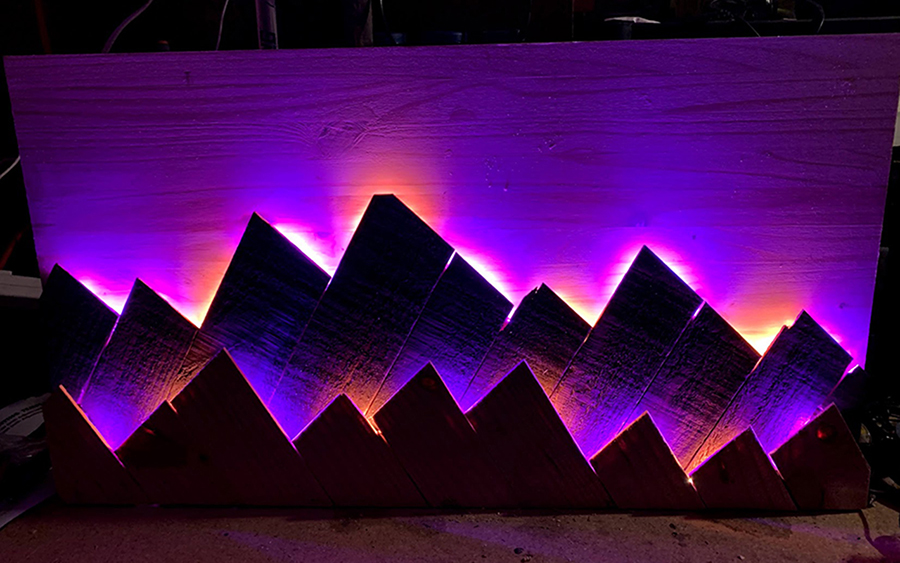 He controls the color of the lights with his phone, thanks to an Arduino microcontroller kit connected to an online service provided by Adafruit Industries. 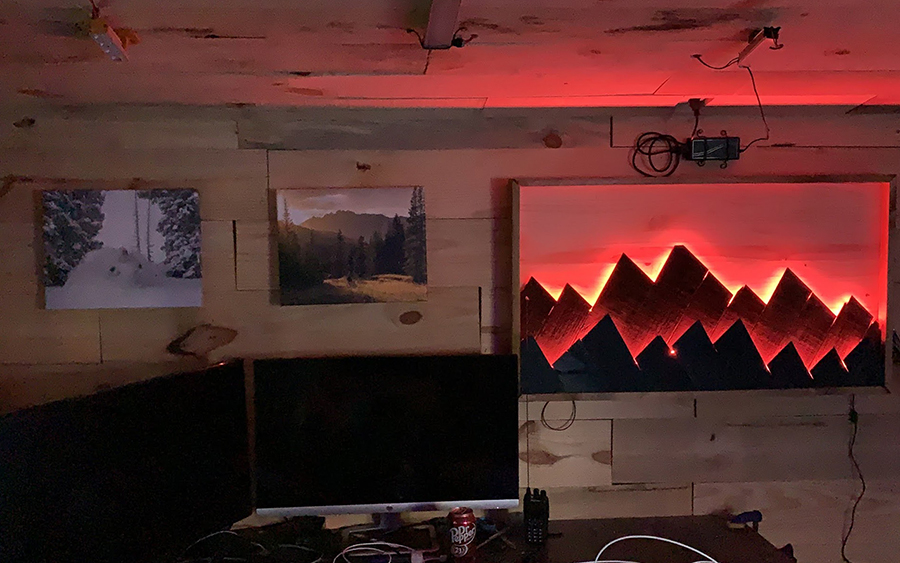 Another shot of the piece with a different colored hue. 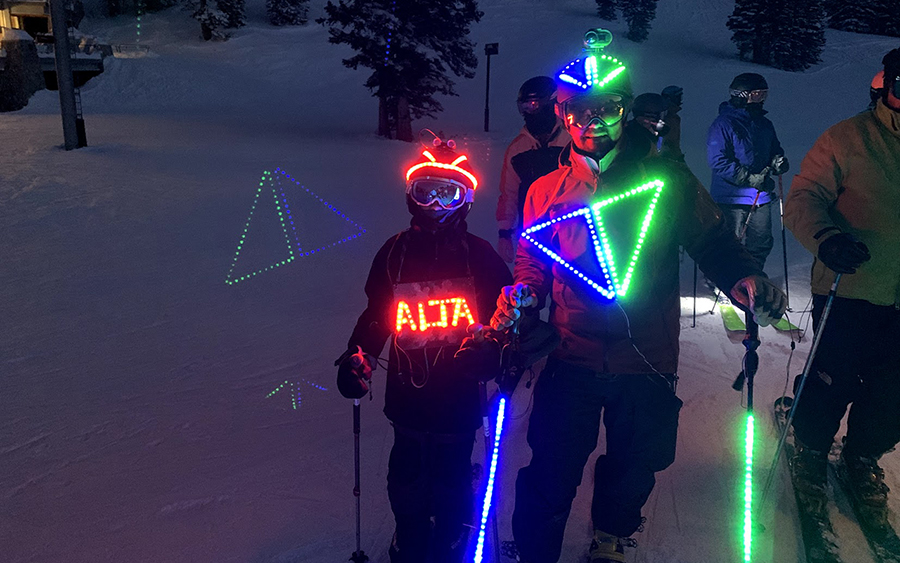 Harris dressed up in Snowbird ski resort colors with poles to match and his son represented the host resort Alta at a torchlight parade. 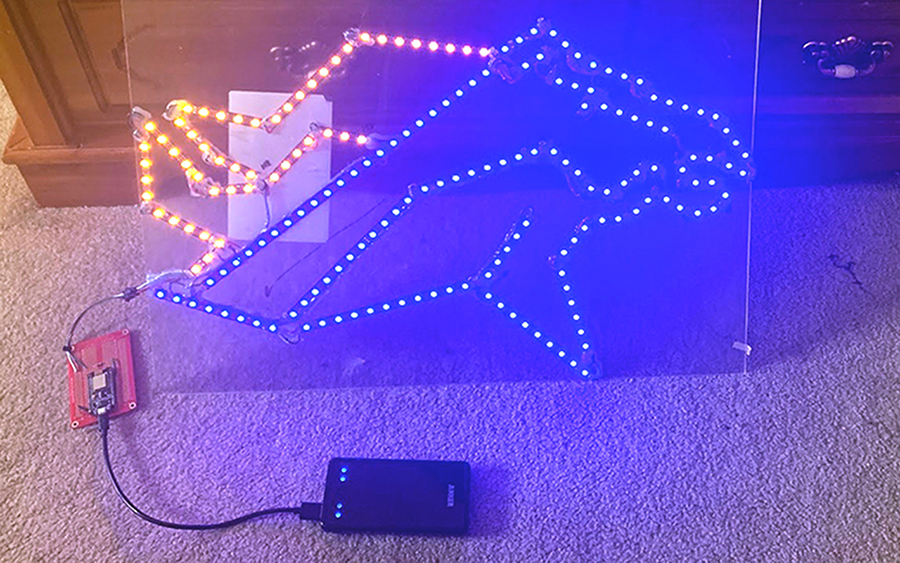 An LED Denver Broncos logo that Harris made for a friend. 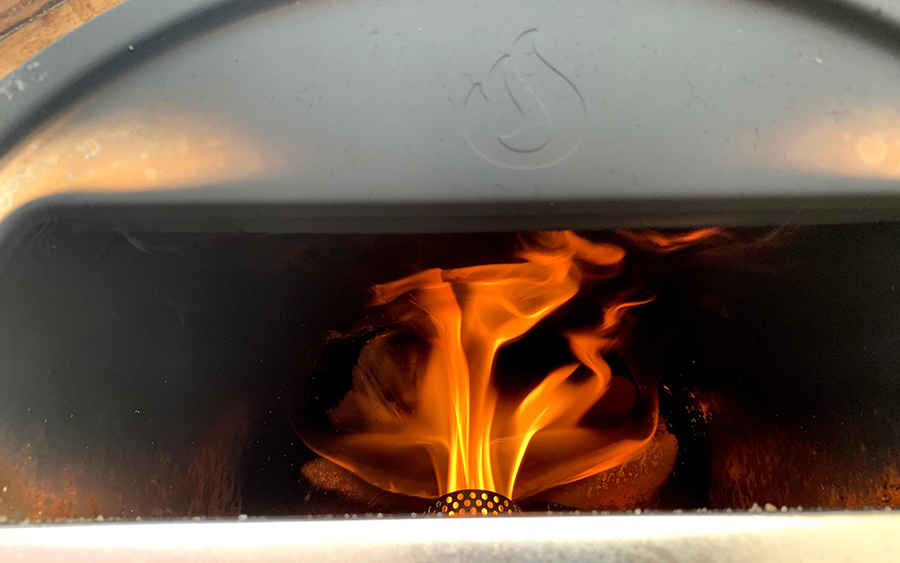 Flames inside a pizza oven that Harris frequently used during the pandemic. 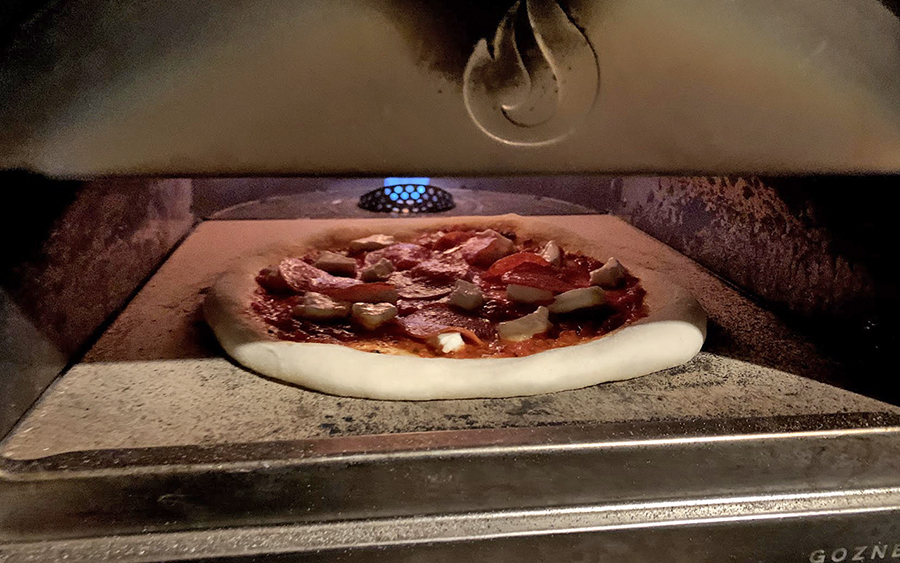 The oven bakes pizza with propane or wood. 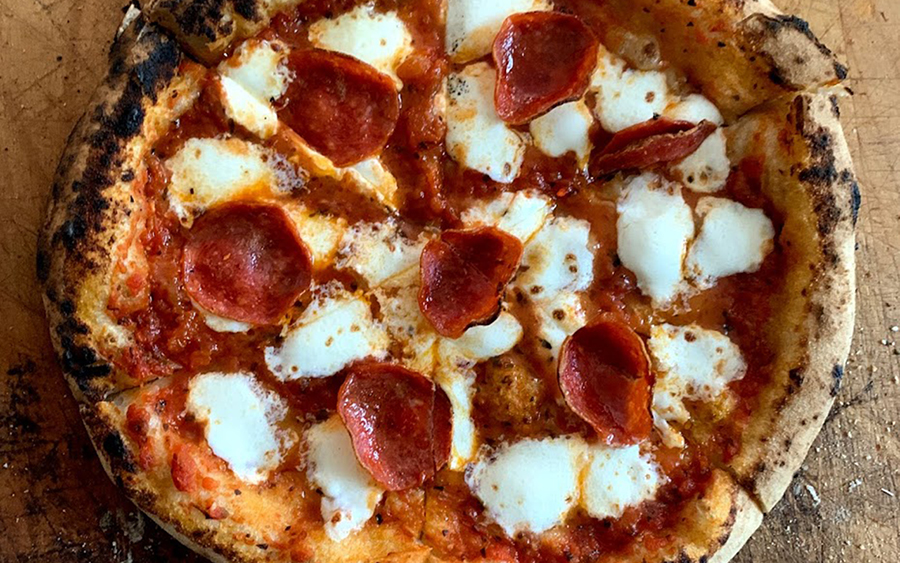 Harris said his youngest daughter refused to eat his first attempts because they didn’t resemble traditional pizzas, i.e., they weren’t round enough.