Where are you from originally?

I was born in Idaho but my family moved around a bit when I was a kid. We lived in Oklahoma City, Oklahoma and Ely, Nevada, but I mostly I grew up in Mesquite, Nevada, where I graduated from high school.

What post-secondary degree(s) do you have, in what subject(s), and from what university(ies)?

I have a Bachelor of Science degree in computer science from Brigham Young University.

What led you to the University of Utah?

I don’t believe things happen by chance. Working as a systems engineer at IBM, I supported primarily the K-12 and higher education sectors. For example, I was involved in the installation of what I believe was the first IBM (Application System/400) in Utah at Salt Lake Community College's Taylorsville campus. The system was purchased to use and teach (common business-oriented language) programming classes.

I had friends who worked at the U, though I never thought I'd have a chance to work here. While running IT for Avalon Health Care, a friend tried to get me to apply for a QA/testing management position at BYU. It intrigued me, but after looking into it, I decided it wasn't an environment that interested me. Shortly after, I was in Hawaii setting up new medication carts and computers for Avalon Health's long-term care facilities, and wondered if the University of Utah might have a similar position. It did! I wasn’t sure I'd be considered for the position if I applied, but gratefully I was. The U has turned out to be a great place to work, full of wonderful people, experiences, and opportunities.

Can you describe the path you took to IT leadership?

After nine years at IBM, I started working at Microsoft-Novell’s Interoperability Lab as a software test engineer. That's where I first became “officially” involved in QA and testing. I was hired into my first management role to run the QA/testing team of engineers at NuSkin Enterprises. I later managed the larger FranklinCovey QA/test group before directing all IT operations at Avalon Health Care. At Avalon, I managed a team of technicians and several technology vendor contracts that kept IT services and equipment working for its headquarters and 48 long-term care locations around the west and Hawaii. Those experiences led me to my current position in UIT.

How would you describe your leadership style and/or philosophy?

It's critical to understand the vision and goals of the company we work for, and do all we can to help guide our groups to make them happen. I'm a big believer in a team-versus-individual mentality. A positive, "can-do" team player is always more valuable to an organization. There are brilliant people who work here at the university, and we're all far better off when we work as a united team instead of really smart individuals doing their own thing. Even though higher education has unique challenges, I believe we can learn and benefit from the public-sector IT industry.

What do you enjoy most about your role at the U?

I enjoy working with such amazing staff and students each day. I've been very impressed with how smart and technically astute they are, but also how well they can communicate and work with the rest of the organization to resolve difficult IT issues.

What do you find most challenging about your job?

What are some of your hobbies?

I play basketball several times a week early in the mornings, and I run half-marathons now and then.

I like traveling and experiencing cultures around the world. My first out-of-country experience was a visit to Korea. I also had the opportunity to visit Israel for 11 days in 1998 to QA/test a device NuSkin manufactured that was interestingly enough called the "i-Phone." It was a countertop push-button phone about 10 inches by 13 inches, with an internet-connected, built in touchscreen that was about 5 inches by 5 inches.

I've enjoyed the Mexican Riviera and Western Caribbean cruises, and in 2018 my wife and I had terrific trip to England and France. Last year, we joined our daughter-in-law on a visit to see her family and friends in Bolivia. These journeys have helped me appreciate all we enjoy here in the U.S. and in Utah.

Is there anything else that you think our readers would like to know about you?

Working at the university has put me and my family in touch with an amazing support network that has helped us through some challenges. My daughter had the support she needed to fight through drug addiction, and is now a married mother of three boys and doing very well. My 7-year-old granddaughter, who was diagnosed with brain cancer at age 4, has been in recovery for a little over a year. I doubt working anywhere else, I'd be around such amazing help and support, or benefit from a wonderful place like Intermountain Primary Children’s Hospital at the University of Utah. 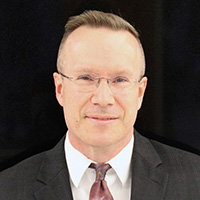 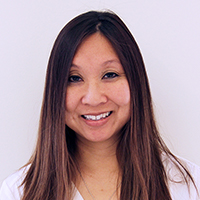 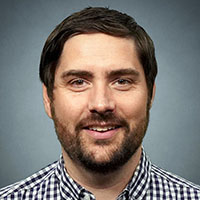 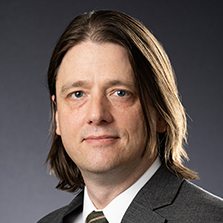