More than a year and a half after work first started, the Carson Tahoe Health system in Nevada in October 2020 launched University of Utah Health’s instance of Epic, allowing the providers to collaborate more effectively and transform patient care.

Numerous U of U Health Information Technology Services (ITS) and UIT teams worked together to implement Epic and MyChart — a momentous feat that included 72 interface builds, 130,000 total work hours, and 500,000 imported patient records, according to the January 2021 ITS Hardwired newsletter (authentication required). 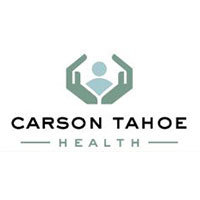 For more information about the Carson Tahoe Epic Connect project, access the January 2021 ITS Hardwired newsletter in Pulse (authentication required).

“All these folks came together to accomplish the business objectives, many of which were not straightforward or easy,” said Brent Elieson, associate director for the Business and Innovation Office in the Chief Technology Officer (CTO) organization. “But they figured out a way to do so without compromising our operational integrity.”

Elieson said the primary UIT teams that supported the project include:

Of those teams, Elieson said IAM, Network Services, and Voice Services played key roles in the project. IAM integrated the systems’ active directories and automated user provisioning, a significant accomplishment, he said. Network Services, meanwhile, set up three network redundancies, as well as some work with the firewalls, routing, and load balancer. And Voice Services set up high-volume faxing and telephone operations.

“Those three things were monumental,” Elieson said. “That was out of the ordinary. I don't know if Carson Tahoe was the first time each of those groups had done that kind of work, I think it is, but those were all very large activities.”

Chris Stucker, associate director for the IAM team, said he was impressed by the teamwork among ITS and UIT employees, particularly as challenges arose.

“I was elated with people’s willingness to jump in and help, especially during some pretty stressful times,” he said.

Abraham Kololli, associate director for Network Services, agreed. He also said ITS and UIT’s collaborative spirit stood out far above any obstacles his team encountered.

Elieson added: “Everybody was equally committed to the organization's success.”

Below are additional highlights about the UIT teams and staff involved in the Carson Tahoe project.

Enterprise Security reviewed and made recommendations on the setup for each system, including Epic and MyChart, Elieson said. “They helped guide the implementations in a secure way.”

Elieson said the IAM team “did quite a bit.”

“They integrated the two Active Directory systems, and they automated the provisioning of thousands of users at Carson Tahoe,” Elieson said. “In the past, we've always done that manually, but because of the large number of Carson Tahoe users, ongoing maintenance would be a nightmare. So having the IAM team automate user provisioning and deprovisioning was a huge benefit to our ongoing workload.”

Once Carson Tahoe went live, Stucker said, his Operations team started to provide support for its users, while Narula continued to help with more specialized issues. “The whole team also gives me a lot of great feedback as to how the daily stuff is going and ideas for improvement.”

Carson Tahoe, Kololli said, has three levels of network redundancies. His team set up, configured, and tested each network connection with Carson Tahoe, which required many meetings and a lot of coordination. The firewalls on both ends of these links added to the complexity, he said.

“Ken Kizer was instrumental from the beginning of the project,” Kololli said, noting that the network engineer coordinated many meetings with Carson Tahoe for circuit and link testing.

Stucker added that Network Engineer III “David Tubbs really impressed me on this project. Maybe everyone else already knew that, but it was the first time I’d had much exposure to him. He’s excellent.”

Elieson said the Server team ran planning exercises to verify that they could add capacity to the servers, helped with the firewall setup since they had to define their services for security purposes, and added any associated capacity to the appropriate environments.

The Storage team created storage shares, set up the security profiles and granted access, and added more capacity for the additional load on the Epic environment, he said.

Voice Services set up the fax and phone systems for Carson Tahoe, although they ended up not implementing the fax solution after they determined that their PBX systems were incompatible and unstable.

Elieson said the phone solution is a remote PBX system housed at the U that routes call traffic back to Carson Tahoe. Haywood noted that the setup enables the ITS Service Desk to answer support calls from Carson Tahoe MyChart users.

She’s just happy the call transfer solution succeeded. So far, she said, “it seems to be stable and working well.”